A Cat Breed List from Sources Including CFA, TICA, and GCCF

This cat breed list page, as you might imagine, has lists and resources on breeds of kitties. Popular felines by breed registration, number of breeders, or people's choice are listed here.

The majority of house cats are what are sometimes called "randomly bred" or "random bred" cats. In other words, they're a mix, primarily of unknown origin.

You can guess at what the breed origin might be of a certain cat. But, of course, without the papers to show pedigree, it's impossible to know, and the cat can't be registered.

If you're curious about your cat's ancestry, though, there is now limited DNA testing available for cats.

Identifying a cat breed by name may be confusing when trying to compare two cats in different registries, as the same name may be assigned to cat breeds that have different physical features and standards.

Also, you may find different breed names in multiple registries that describe what is essentially the same cat, or at least substantially similar felines.

I've put together lists of the most popular breeds from several sources, as well as the cat breed list from TICA on this page. 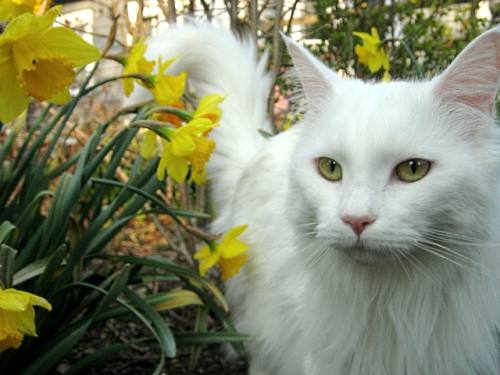 Lists Of The Most Popular Cat Breeds

There are a number of different ways to determine breed popularity. The various registries of the Cat Fancy, such as the GCCF, TICA, and the CFA do it by tracking new kitten registrations by year.

Some other methods might be less scientific. Other ways might be by reader polls, largest number of breeders for a breed, or by tallying up the number of pictures or profiles submitted to an online site like Catster, for example.

Below are some lists of breeds based on popularity, from various sources.

According to the popular cat website, Catster.com, the most popular cat breed is the American Shorthair.

Cats 101 has a popular cat breed list, including videos. They don't state that they're ranked as to popularity order in this list, but these videos are entertaining. Here is their list:

Below is the Cat Fanciers' Association's published most popular cat breed list for 2008. This is based on registrations with that organization, with the top 10 as follows:

The 2010 CFA registrations saw some changes:

Another way to look at breed popularity is to look at a list of how many breeders there are for a given breed.

Below are the number of breeders for each breed listed at breedlist.com (at the time of compilation).

More on the subject of the most popular cat breed.

Like the CFA, TICA has registrations of old favorites like the Maine Coon, Siamese, and Persian. Unlike the CFA, however, they allow registration of hybrids, such as the Bengal and Savannah.

TICA also has an Advanced New Breed class with newer breeds such as the Kurilian Bobtail and Thai.

TICA also encourages the showing of non-pedigreed house cats in competition. So, even former shelter cats can stand up and be counted, and win regional and international awards.

Sarah Hartwell has put together an enormous cat breed list at Messy Beast. Her breed list, compiled over many years, includes some fictional cats of urban legend and myth that never really existed, such as the Refrigerator Cat.

This page has the list of CFA Cat Breeds. The CFA breed profiles are listed here at the CFA website.

TICA is a world wide cat breed registry. As of this writing, TICA recognizes more than 50 cat breeds eligible for championship competition.

There are certainly some unique species of wild feline in the world. For example, did you know that there is a cat that has webbed feet?

Actually, there are several. Both the Fishing Cat and the Flat-Headed Cat have webbing on their paws, to name two.

As you might imagine, these smallish wild cats live near water and have excellent fish catching skills. The webbing on their paws helps them get traction on muddy surfaces and helps them move through the water.

While I've heard of some Bengal cats having webbed feet as well, I haven't confirmed this. Still, even if there are no webbed-footed varieties, the domestic feline still has some unique and unusual purebred breeds.

Below are some unique, rare, or rather different cat breeds for various reasons.

Maru is a Scottish Fold according to his blog, but he doesn't have the folded ears (this would disqualify him as a show cat, but he's got his own show going!). Watch Maru's video as he seems to like to perform for the camera.

What is the world's largest breed of domestic cat?

Add your own cat breed pictures