The British Shorthair is a Low Maintenance Cat

The undemanding British Shorthair is a low maintenance, independent cat. These cats are large in size, and make excellent hunters. Although somewhat laid back, they are definitely not lap cats.

If your home has a rodent problem, then you must not own one of these cats. 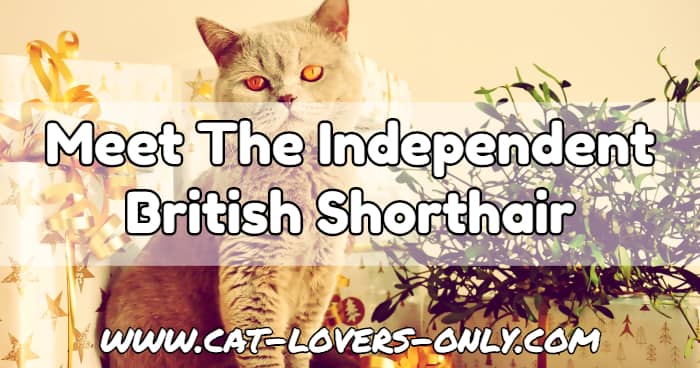 These big cats may look placid and lazy, but they are actually fantastic hunters. After all, the British Shorthair is descended from Britain's barn and house cats.

This breed was created in the late nineteenth century. They quickly became very popular. Despite its early popularity, however, the Shorthair almost became extinct in the mid twentieth century, as other breeds were developed.

Luckily, a few Shorthair fanciers were determined to save this wonderful, historic breed and the British Shorthair was saved. In the late twentieth century, these cats reached the United States, where they immediately became extremely popular.

You can find a Shorthair in a wide range of colors, including orange eyed or blue eyed white, red or silver tabby, tortoiseshell, smoke, bicolors, and points.

Speaking of colors, check out Hendrix, the cinnamon British Shorthair. Clearly, Hendrix feels right at home in a box.

Hendrix's Instagram following aside, though, the most popular color for these kitties, or at least best recognized, is probably blue.

In fact, blue Brit Shorthairs were so popular in the United States that they were the only color recognized by cat associations for many years. Even with their popularity, this color, called the British Blue, almost disappeared after World War II.

Dedicated cat fanciers bred the remaining British Blues to Blue Persians to increase the gene pool and save this beautiful cat.

This breed is certainly on the large side, weighing in at a hefty nine to eighteen pounds. These cats have a short tail that is on the broad side, a round head with wide cheeks, and a thick, short coat.

Although fairly laid back, this is not a breed that is interested in being picked up and cuddled. In fact, these cats typically hate being picked up or handled so much that many cat fanciers say that they should be re-named the 'four feet on the ground' breed.

As long as you allow her to do her own thing, your Shorthair will be happy. If you are looking for a cat that wants to snuggle in your lap as you watch television, you may be quite disappointed with this breed. 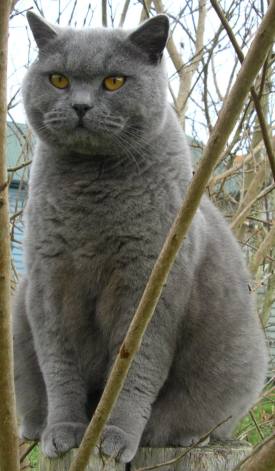 According to some, the grin of Lewis Carroll's Cheshire cat may have been based on the British Shorthair's smile.

For people who can't spend a lot of time at home, this cat breed is ideal.

The British Shorthair is very self contained and does not spend a lot of time playing or socializing.

As long as you are there to feed him each morning and can give him a little attention each evening, he will be a happy cat.

As (almost) always, two cats are better than one, and plenty of attention, toys, and playtime make for a happy, healthy cat.

Since this breed is a descendant of several gene pools, it is generally a healthy breed.

You should note one thing, however, about the potential health issues with this cat.

While most cats have Type-A blood, many British Shorthairs have the more rare Type-B blood type.

You should consider having your kitten tested to find out which type of blood she has in case she needs emergency surgery in the future.

You should be sure to have your veterinarian make a note of your cat's blood type in her medical chart so that there are no unnecessary complications.

This may never be an issue, unless your cat develops signs of illness, or complications due to surgery, or you want to breed your kitty.

Since these cats have such thick, coarse coats, you will need to do very little grooming. However, you should comb through your Shorthair's coat a few times a week to remove loose hair and dirt.

If you need an undemanding cat, then the British Shorthair may be the purrfect choice for you.

If you're lucky enough to live with one of these beauties, consider uploading a photo or two to help grow our cat breed picture gallery. 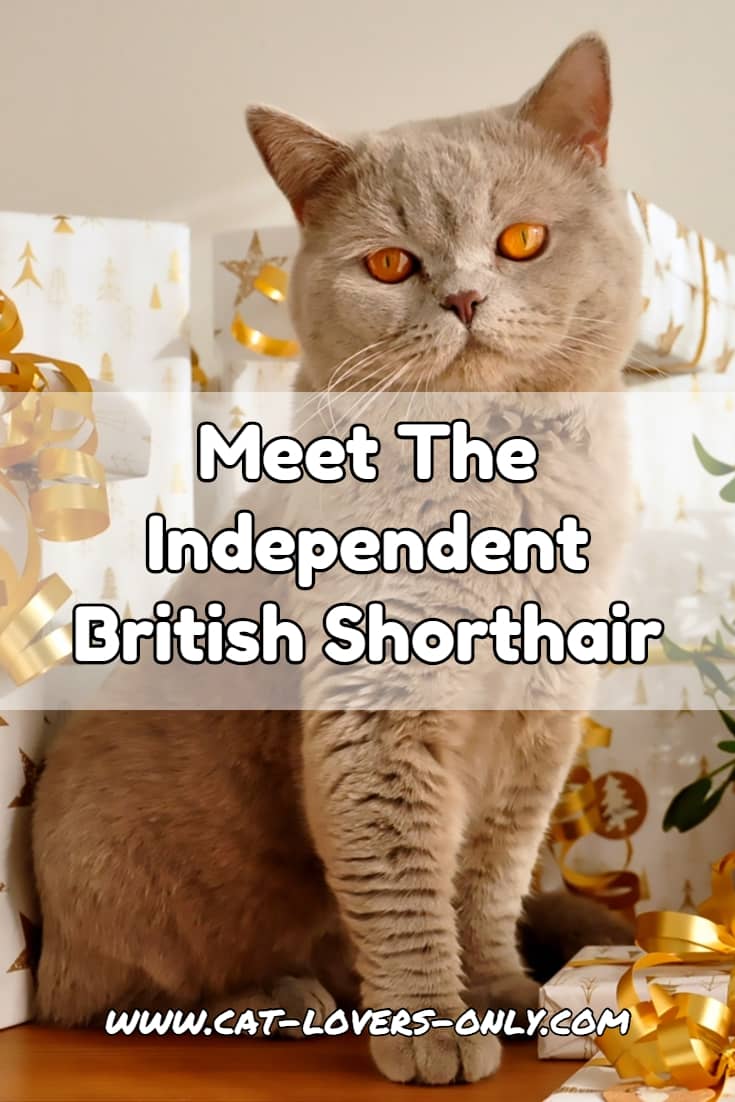