What is the Largest Domestic Cat Breed?

What is the largest domestic cat breed?

This is a subject of some debate. The debate stems partly from how we define a cat's size, and partly from the fact that breeds have size ranges that overlap.

There's also some confusion over some hybrid and wild cats that are sometimes considered to be domestic. 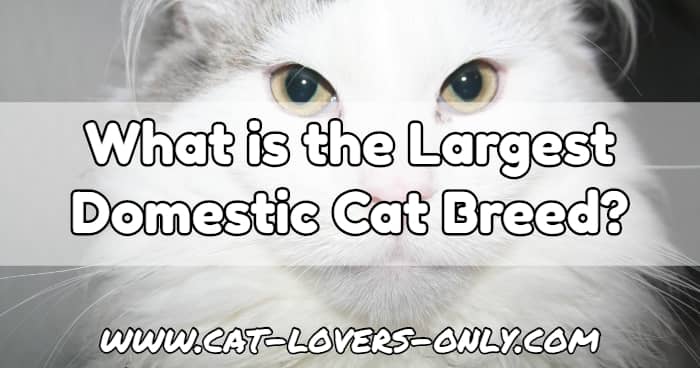 In general, there are a number of domestic breeds that could be termed "large."

I have a growing collection of books on cats, and only one of them will definitively come out and say which domestic breed is considered the largest of the group.

The "golden colored" Birman is known as the Sacred Cat of Burma, and Birman cats are said to have guarded the Buddhist temple of Lao-Tsun. A number of legends surround the origin of the breed, and it is believed they have Siamese and/or Persian in their history.

Although these are technically medium sized cats, their bodies are long and sturdy and have been described as "massive." Unlke their modern Siamese relatives, they are thicker rather than lean, more like the traditional Siamese. And they are longer than their Persian cousins. They are big enough to sometimes be mistaken for Ragdolls. 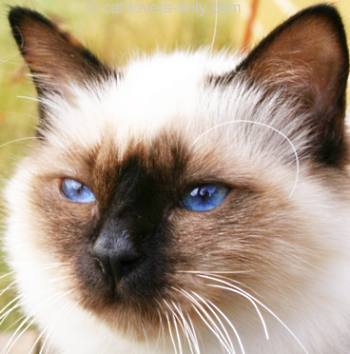 At the first ever major cat show held in the United States, a Maine Coon was chosen as "Best Cat." These cats are known as "gentle giants" and generally have a soft voice, sometimes sounding like birds when they meow.

Legendary tales of their origin involve a story of Marie Antoinette's Angora and Persian cats making their way to America and breeding with American cats. Other stories say that a cat and a raccoon mated to create the breed.

There is speculation by some that this breed shares some ancestry with the Norwegian Forest cat, and possibly, the Siberian cat.

The 2006 Guinness world record holder for longest cat was a red tabby Maine Coon. That cat, Verismo's Leonetti Reserve Red, measures 48 inches from nose to tail. Leo's paws are so big they fit into a size 2 child's shoe.

He weighs 35 pounds, and his veterinarian says that he is not overweight for his frame. He can stand on the floor on his hind legs and put his paws on a kitchen counter. I imagine he would swipe your steak if you weren't careful!

From the reports of many breeders, I would have to say the Maine Coon wins the prize for the largest domestic cat breed.

Update: MC's seem to dominate the length records. Leo was bested by a half inch by a new record holder, another Maine Coon named Stewie. Unfortunately, Stewie passed away from cancer in 2013. In 2017, a Maine Coon named Ludo was crowned the world's longest cat, although Ludo is not as long as either Stewie or Leo. 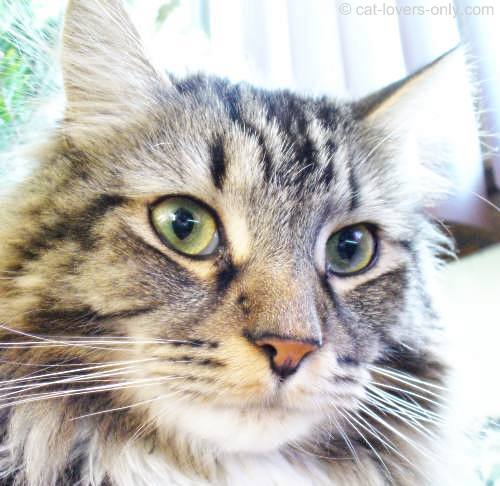 According to the book (more on cat books here), For the Love of Cats by Dena Harris, the Ragdoll cat breed is the largest domestic cat breed. Males typically weigh 15 - 20 pounds, but may be larger.

As with most breeds, a number of myths abound, but with this breed they are certainly unusual. The tall tales (or is it tails?) that were told about this breed early on made it difficult for them to be readily accepted. 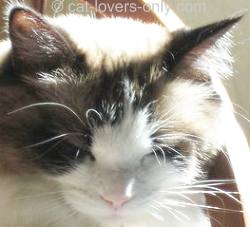 Ann Baker, the originator of the breed is said to have told stories of Ragdolls having human genes. She claimed that they showed no fear and didn't feel pain. This, of course, is all untrue.

She also attributed the tendency of these cats to go limp when picked up (hence the name, Ragdoll) to the fact that Josephine, the original queen of this breed, was injured.

It's impossible, of course, for the behavior of subsequent generations to be affected by an injury sustained by a previous generation.

Two of the most famous Ragdolls have been residents of a hotel, Matilda II and Matilda III, the Algonquin Cat.

Hybrid cat breeds, such as the Chausie and Savannah can get quite large. These cats are crosses between certain wild cats and domestic cat breeds. Even though some hybrid cats are recognized by certain Cat Fancy associations, none of these really classify as true domestic cats.

Some people have been known to tame wild cats as well and keep them as pets. Servals, which are a fairly large wild cat native to Africa, are sometimes kept as a pet. 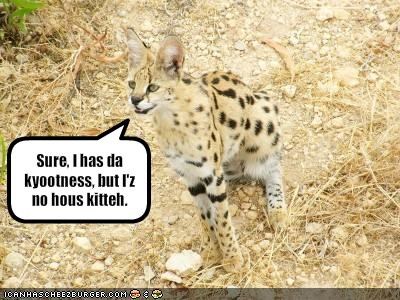 If you keep an African serval as a pet, that might make it domesticated by some people's standards. That doesn't, however, make it a domestic cat.

These cats are large, but they are not a domestic breed. Unfortunately, many of these wild cats and even many hybrids end up at shelters or rescues because the owners don't know how to manage them.

Since they can't be returned to the wild, they have to rely on the kindness of some humans to get them through life. Thankfully, there are sanctuaries, like Big Cat Rescue, that can take them in and care for them as they live out their lives.

The Norwegian Forest Cat, or Norsk Skaukatt or Scogkatt is a very old breed. It may be the fairy cat referred to in Norse mythology, or it may be the cat so large that not even Thor could lift it.

The Ocicat is a friendly breed, medium to large. They are heavy for their size, with athletic muscle, but not bulky.

Find out more about the Ragdoll cat. 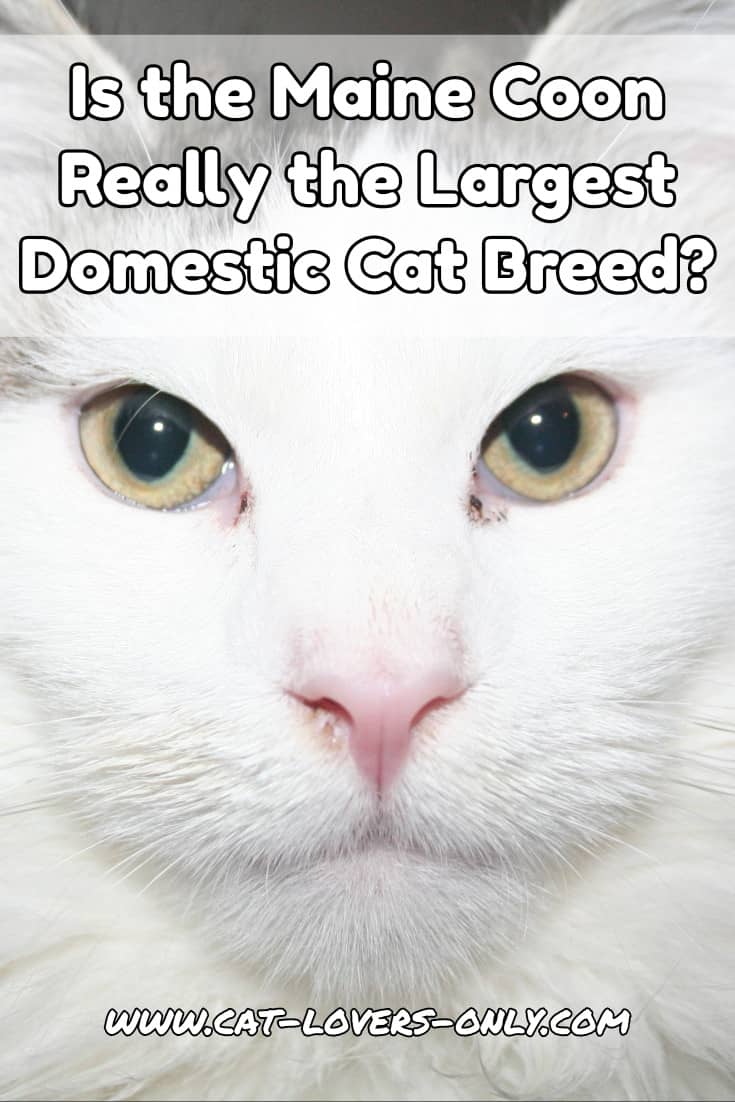