Looking for an athletic, playful and smart cat? Members of the Somali cat breed are playful and intelligent and can easily be trained. 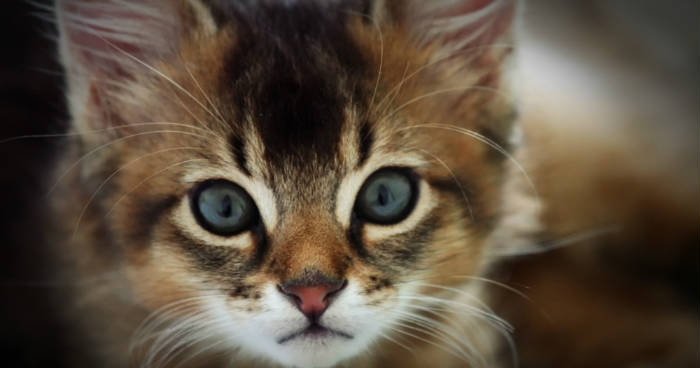 If you love the Abyssinian cat breed, but prefer longhair cats, then you may want to take a close look at the striking Somali. This breed is a descendant of the Abyssinian and has many of the same traits.

While longhair cats occasionally were born in Abyssinian litters for many generations, it was not until the nineteen sixties that a Canadian breeder decided to develop a cat breed from these longhair kittens.

These wild looking cats were soon quite popular and rapidly spread to the United States and Europe. Because these cats were developed without using any breed but the Abyssinian, they are also known as Longhair Abyssinians.

About the Somali Cat Breed 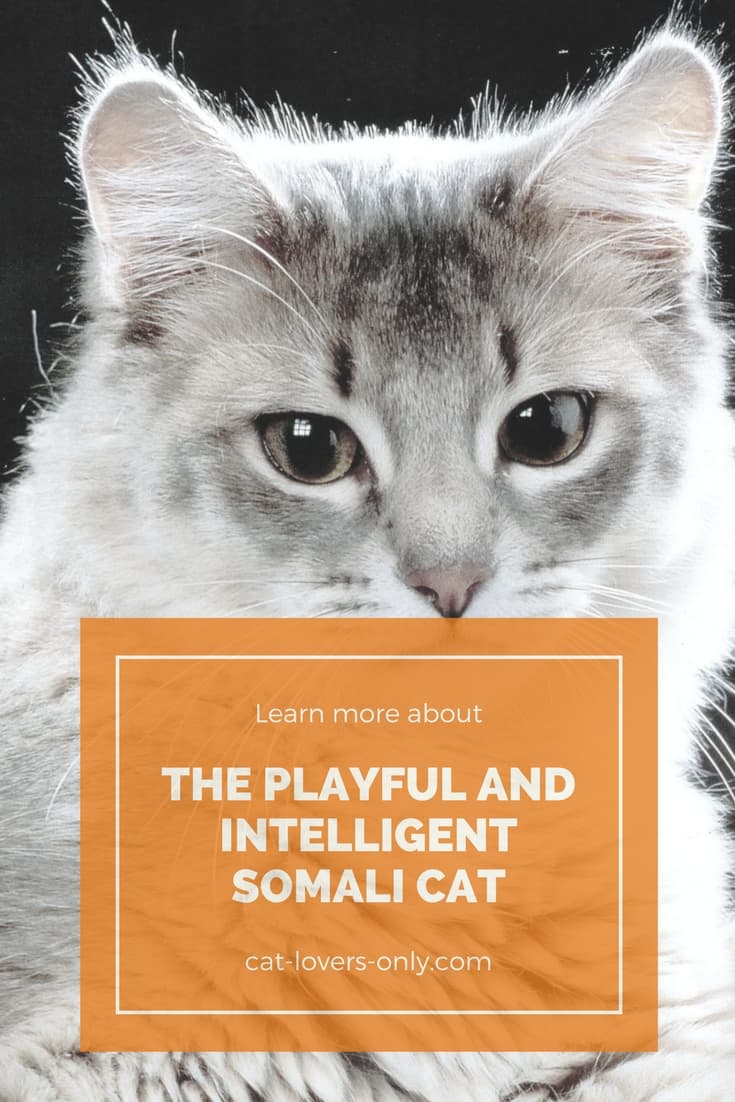 These cats have a beautiful coat covering their athletic bodies, hinting at wild ancestry. The Somali's most notable characteristic, however, is its facial markings. Many cat fanciers say that these markings look like heavily applied stage makeup.

The breed's eyes are especially striking, since the cats appear to be wearing kohl (an ancient eye cosmetic used as eyeliner and mascara) around their eyes. Right outside these dark rims, this breed has light colored hair.

All together, these markings make the Somali cat look a bit like he is wearing eye makeup and glasses. They have a wedge shaped head, big ears, large, expressive eyes, and a well muscled body. The tail is quite long and bushy.

The Somali's medium length coat does need to be brushed at least two or three times a week or it could become tangled and matted. If you do not have the time to groom your cat on a regular basis, you may want to consider choosing a shorthair cat breed instead.

A matted cat is not a happy cat, and severe matting can become a health problem.

As you groom your cat, you will need to pay particular attention to the ruff of hair around her neck and tail, as these areas have longer hair than the rest of the body.

Like the Abyssinian, the Somali is a very playful breed and will need plenty of toys and activities. A favorite of many cats is the Bergan Turbo Scratcher Cat Toy (Amazon). For interactive play, a wand/pole toy like Da Bird (Amazon) is good for these high flying athletes.

As far as this breed is concerned, however, a paper bag or a box are wonderful toys, so you can keep your cat amused while on a tight budget.

The playful nature of the Somali makes it an ideal choice for families or for people in multiple cat homes. If you're not home a lot, I would consider adding a second cat to the home to keep your little guy occupied.

The Somali is extremely intelligent and very trainable. Would you enjoy a cat who comes when called, plays fetch, or walks on a leash?

Like many highly active cats, these kitties will often not be lap cats. But, these cats are social and often like to be near their owners, so some lap time or snuggle time may be in your future.

Since the Somali is a longhair cat breed, hairballs may be of special concern, so appropriate diet and attention to grooming are important. There are a couple of potential breed specific health problems, but other than that, these cats tend to be healthy.

If you want a playful, intelligent cat, the Somali cat breed may be just right for you.