The Bombay Cat Breed: Take a Walk on the Wild Side

Black panthers have a fascinating look. If you've always wanted to own one of the dangerous and powerful big cats, but don't want to risk endangering your life, you may want to consider a domestic cat breed that looks like the deadly black panther, the Bombay.

The breeder who developed the Bombay actually created this breed so that she could have a cat that looked like a miniature panther.

The Bombay cat breed gets its jet black coat color from its American Shorthair ancestors and its body shape from its Sable Burmese ancestors.

This breed has very short hair that has a very smooth and silky feeling.

The CFA breed standard for this cat requires enormous, round in shape, copper colored eyes. Deeper eye color is preferred, but some may be on the gold side.

Cats that do not develop the copper eye color or have eye color that fades as they age are automatically disqualified.

Only one coat color is allowed for the breed standard, and these cats should be jet black all the way to the root. Occasionally, sable kittens still appear.

For the small size of its compact body, the Bombay is not a lightweight. These black beauties weigh in at about six to eleven solidly built pounds. 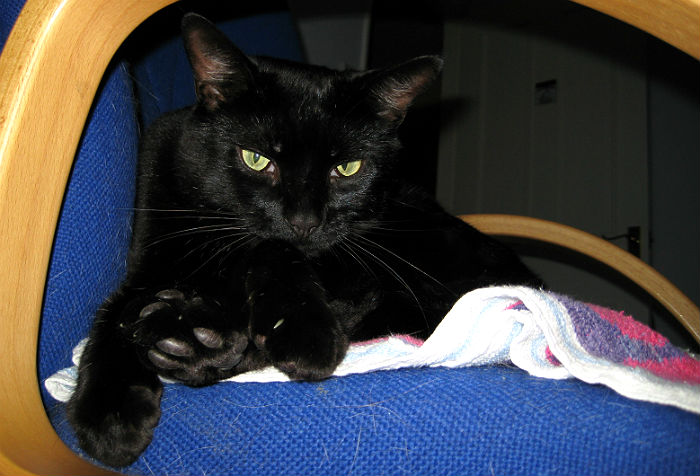 Although developed in Kentucky, the breed is named after the city in India, Bombay, now known as Mumbai. This is due to the resemblance of the little cat to the black leopards that roam India.

Of course, since the Bombay is the descendant of two domestic cat breeds, it does not have the personality of a panther. In fact, this breed is known for being very friendly, sweet, and extremely intelligent.

Just how smart is the Bombay? It's said that this is one of the few cat breeds that can learn to fetch and heel. Although I suspect this is more due to personality than actual intellect.

Known as a parlor panther, the Bombay is very good at learning parlor tricks, as well. While the Bombay is a bit talkative, it does not have a loud or shrill voice.

If you would like to live with both dogs and cats, this breed is a good choice. Bombays rarely meet a person or animal they do not like.

Of course, you will still need to be sure that you choose a dog breed that is tolerant of cats. Households with children should also consider the Bombay.

These cats are very patient and love people, including children. They even tend to like complete strangers and often will greet visitors at the front door, instead of hiding under the sofa or bed like many cats.

For people who spend a lot of time at home, the Bombay is a wonderful choice. These cats will spend all day hanging out with their humans and love to curl up in any available lap.

Some people think that they crave the extra heat that our bodies give off, but most people prefer to think that these cats just enjoy being with their families.

If you spend a lot of time away from home, you may want to think twice about owning a Bombay. If you do still decide that this breed is for you, you may want to get a second cat, as a single Bombay left home alone is a very unhappy cat.

With their short, sleek coats, these cats need very little grooming. In fact, rubbing your cat down once a week with a grooming glove should keep him glossy and beautiful.

If you want a cat who looks wild but has the personality of a teddy bear, then a Bombay is the perfect choice for you. 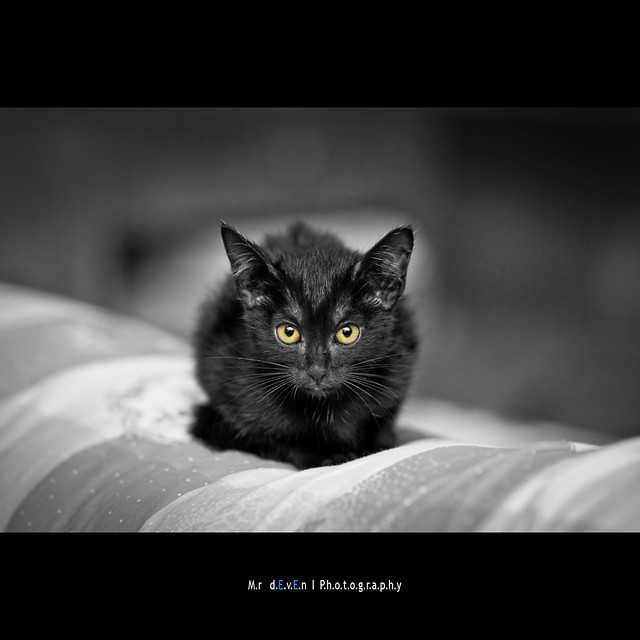