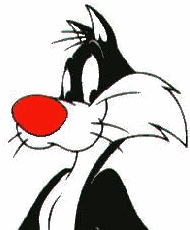 Famous cats in film, on TV, and in cartoons and commercials continue to entertain, and in some cases educate us. See if you know any of these well-known cats.

From Aslan to Felix to Simba to Tigger, these famous animated cats have been entertaining cat lovers for years on television and film.

Andrew Lloyd Webber's musical play, CATS is based on a collection of nursery rhymes.

Written by T.S. Eliot, they were originally published in 1939 as Old Possum's Book of Practical Cats.

Dewey is the library cat from the Spencer Public Library in Spencer, Iowa. For 19 years, Dewey greeted library patrons at the door, slept on their laps, and provided comfort to those who needed him.

Here are some famous cats in literature that you might recognize. Cats have been a source of fascination for both writers and readers for a long time.

There have been some famous cat lovers throughout the ages. Here are just a few.

Here's a list of some famous cat quotes for your entertainment.

Cats in the White House

Cats who lived in the White House or were loved by Presidents and their families, as well as some who ran for office.