Meet the Longest Cat in the World

The title for World's Longest Cat is a battle of the gentle giants.

Maine Coon cats, often referred to as gentle giants, have been dominating this Guiness world record spot for years.

Ludo, a Maine Coon from Wakefield in Yorkshire, UK, measures 3 ft 10.59 in long. Ludo took the title after being measured on October 6, 2015.

Ludo's human is Kelsey Gill, who said she first became interested in larger cats while watching Harry Potter movies. Later, she found out the cat she was interested in was a Maine Coon. The character of Mrs. Norris was played by several Maine Coon cats in the Harry Potter films.

Ludo, while quite long, is not as long as the two previous record holders.

In 2010, the title of world's longest cat was awarded to Stewie, a Maine Coon from Reno, Nevada. Sadly, Stewie died of cancer in 2013. 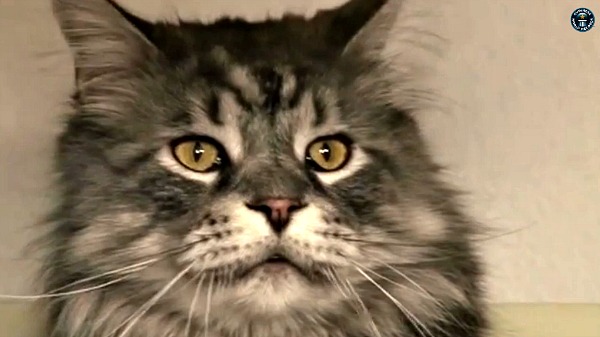 Stewie was measured on Aug. 28, 2010 and came in at an impressive 48.5 inches, beating Leo by half an inch. They probably don't make them longer than that! (Domestic cats, that is.)

Note: I'm sure hybrid cat lovers will be quick to point out that many Savannah cats, a domestic/African serval mix, are possibly longer. They're often taller at the shoulder (long legged), and there was a world record holding Savannah as "tallest cat."

Stewie runs the household of Robin Hendrickson and Erik Brandsness, who got him from a breeder in Oregon in 2005.

If I'm not mistaken, Leo, a Maine Coon from Chicago, was first measured and handed the record way back in 2002, several years before Stewie was born, who was 5 years old when he broke the record in 2010, as reported by the Reno Gazette-Journal.

Leo had reportedly taken the title from a cat named Snowbie, who was 42 inches long. You can see pictures of the previous record holder Leo, who owned a human named Frieda Ireland at Leo's breeder's site Verismo Maine Coon cats (note: that site appears to be down/gone).