Before You Buy Feliway 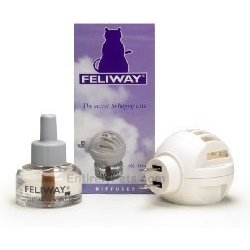 If your cat is aggressive, stressed, anti-social, fearful, or having a behavior problem, sometimes the solutions are obvious, fairly easy, and relatively painless...

Give kitty a cat tree, more attention, more exercise, and a place to be alone, and the problem stops.

Other times, however, the problem is more severe, and your veterinarian wants to put your cat on medication. But, before you do that, there might just be an alternative to kitty Prozac (yes, that's a thing!).

It's not a drug, and you won't have to go through the unpleasant task of giving your cat a pill every day. It's a product called Feliway.

The question about the effectiveness of Feliway comes up every now and then, as well as some questions about the best scenarios under which to use it.

If you're considering purchasing Feliway, I'm sure you have some questions. There are a few things you might want to know prior to purchase.

Below, I'll cover some commonly asked questions, including what the product is, the question of effectiveness, what it's designed to do, and where to get it.

Many animals and insects communicate using pheromones. Ants use them to navigate, for example. Think of pheromones as hormones outside the body... chemical messengers.

Using various parts of their bodies containing scent glands, such as the paw pads and the cheeks, cats rub their scent on everything in their territory. They feel secure and therefore more calm when everything is scented up nicely (including the people).

Well, some clever scientists figured out a way to enhance this process. Feliway is a product containing synthetic cat cheek pheromone.

No, it's not made from cats! (Somebody asked that once, so I thought I'd get that in there). It's synthetic.

How effective is it?

A common question, of course, is... does Feliway really work? It may, but there's no definitive answer for that.

I've mentioned the Feliway products a number of times, mostly with regard to litter box problems, but there are a number of other scenarios under which Feliway may be effective.

I have never used it myself, so I can't give you direct experience. I do know, however, that veterinarians, including Dr. Katrina Warren of Housecat Housecall have recommended it for behavior problems and anxiety.

Most importantly, there are also many reports from cat owners who say that it has worked for them, to varying degrees. Whether or not the Feliway actually solved each of the problems that we've heard about is uncertain, but there are too many positive statements not to take it seriously.

Yes, but does it really work?

Just like each cat has their own personality, each cat may react differently, or not at all, to Feliway.

It does not work for every cat or every behavior or anxiety problem. It also may not help much, if at all, if your cat's behavior change is due to a medical condition.

What is it used for?

Feliway is usually recommended for behavior problems. So, if your cat is climbing the furniture or the drapes, or breaking all your breakables, you might want to try it.

The uses are many, but would include cats with anxiety, fearful cats, and those suffering from inappropriate elimination or marking and spraying. If your cat becomes a furry ping pong ball when the five o'clock crazies set in, this might calm her down.

It can also be used for any stressful situation, such as car rides, moving to a new home, when you change the furniture, or have company over. Many cat owners have reported the disappearance of inappropriate elimination problems, and others notice that their cats are much calmer when it's used.

On an episode of Housecat Housecall, Dr. Katrina Warren recommended that her client buy Feliway spray in order to curb a behavior problem with a nervous cat. This kitty was extremely skittish and spooked easily, and always hid from company. The recommendation was to get the spray and cover the pant legs of every person who entered the house.

Some have recommended the use of Feliway with territorial cats in order to calm aggressive behavior or stop urine marking. All cats are territorial of course, but some cats in the same household will "space hog" and aggressively defend areas they've claimed.

How do you use it?

You can buy Feliway in several forms, including a wall outlet diffuser and a spray. The spray can be used on clothing, furniture, and bedding. I would be careful though of some fabrics as it may stain.

If you're taking a car ride or heading for the vet, spray the car, the cat carrier, and the blanket you bring with you about 15 - 20 minutes before you're ready to leave.

You need to allow the alcohol carrier in the spray to dry before letting your pet come in contact with the item or surface area. Do not spray it on your cat or with your cat nearby. The alcohol is irritating and your cat may not like the spraying in general.

On the chance that someone in your family (including your pet) is allergic to something in the Feliway, I would test it in a small way at first before going full out.

The Feliway Comfort Zone diffuser can be set up in a room (or you can get more than one) and provide continuous use for the area. For litter box problems, put one near the litter box, and one near the area where your cat usually sleeps or frequents. Refills are readily available and can be purchased in multiples.

Moving to a new place? Moving is usually very stressful for cats since they're so territorial. Show up a day early and get the diffusers going in the new house. Use the spray for the car and carrier while on the move, and you may have a much less stressed out kitty.

﻿You can buy Feliway at any number of locations that sell pet products. You can find it online at Amazon.

How long does it take before my cat's behavior begins to change?

Behavior modification takes time. While I've heard from some people that their cats began to see a change quite quickly, it's generally a good idea to give it about 30 days.

Will Feliway work if my cat is not spayed or neutered?

There are no guarantees of anything, but my suspicion is that it won't work as well. There are many benefits, both health-wise and behavior wise to spaying and neutering your cat. Git 'er done. Everyone's life will be better.

Does Feliway have any side effects?

Feliway is not a drug, and according to the manufacturer, has no side effects.

Does Feliway ever have the opposite effect on cats?

I've heard reports of some cats acting up after the installation of a Feliway plug-in diffuser. I've also heard of cats urinating on or near a diffuser. My guess is this is more likely a reaction to something new and foreign in the house.

Is Feliway safe for people? Will it have any effect on my dog?

Feliway is designed to mimic cat facial pheromones. Pheromones are species specific, so it has no effect on humans, dogs, or other animals. 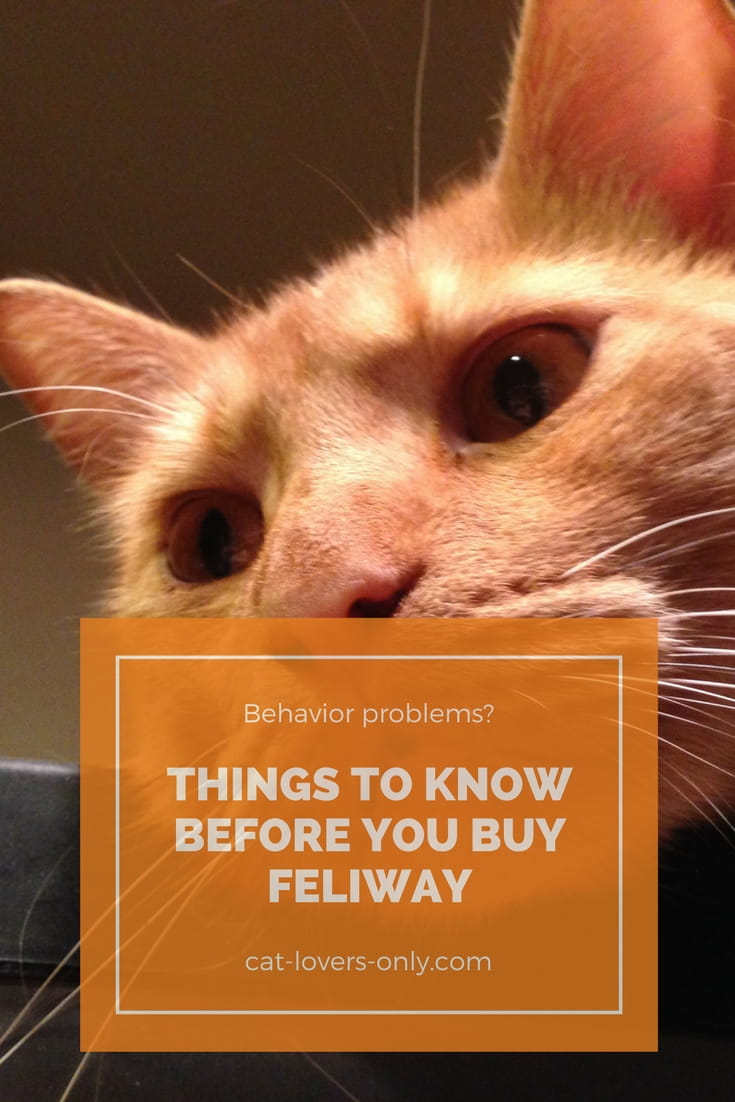