What's the Story with Cats and Tomatoes?

Cats and tomatoes don't mix, or at least that's what a number of websites say.

If that's true, then why do some cat foods include tomato as an ingredient?

Should you be concerned if your cat scarfs down one of these juicy, red jewels of the salad? 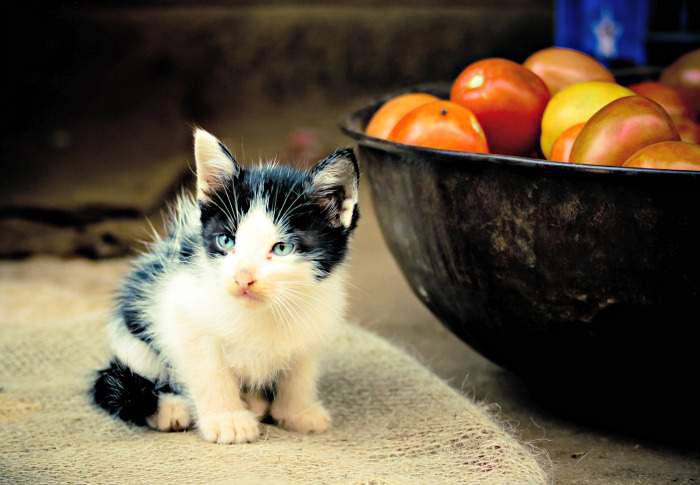 Can this little kitten have one of those tomatoes? Only the ripe ones.
Flickr / CC 2.0

What about all the videos out there of cats eating fruit and veggies, including the big T?

Before your kitty invites all her friends over for spaghetti and meatballs with red sauce, let's do some fact checking, but first...

In case you're wondering whether you can give your little furry one a tomato treat, or worse, you're worrying because your cat just ate some tomato, let's answer the question up front.

As I state below (skip to the bottom line), based on my research, the short answer is yes, cats can safely eat ripe tomatoes without risk.

Whether cooked, raw, or as an ingredient in commercial cat foods, ripe tomatoes don't contain the levels of toxins that make unripe tomatoes, stems, and leaves dangerous.

As always, you should ask a veterinarian about your cat's specific circumstances and dietary needs.

The longer answer on my quest for an answer is below...

My Quest for an Answer

My Quest for an Answer

It began with a fairly simple objective: obtain a list of foods that cats should not eat.

I thought I could slap that together pretty nicely, but the Internet had other plans for my time.

When I ran across the HSUS website and their list of foods poisonous to pets I noticed this:

The ASPCA website lists the tomato plant as being toxic to cats, dogs, and horses. It lists solanine as the toxin, but it doesn't mention the fruit specifically.

Does plant mean fruit, too, in this case?

Elsewhere on the Web, there are statements about tomatoes (the fruit itself) being toxic to cats. There are repeated references to a poison in tomatoes called solanine, just like the ASPCA.

This is despite the fact that many people, including a number of our readers here, have reported that their cats enjoy eating tomatoes, apparently with no ill-effect.

In searching for information online concerning cats and tomatoes, I came across this forum post at Cats of Australia. It's from a cat owner who has a kitty that seems to be "allergic to tomatoes."

There's also a retelling of a story about an incident of poisoning involving cherry tomatoes. There are also many references to a statement that even one cherry tomato can be toxic.

For example, here's a list of which foods are toxic to cats and dogs from Wisegeek.com, which contains this:

"Tomatoes and tomato plants: Tomatoes of all kinds are toxic to cats, as are parts of the tomato plant. Ingesting as little as a cherry tomato can cause severe gastrointestinal upset."

Interestingly, I found the exact same wording on a blog post at the website of the San Francisco Chronicle...

Please don't feed the animals: foods your pets should avoid

I've also seen this or similar wording repeated on other websites, and there's also this warning, specifically dealing with cats and tomatoes from Tomatocasual.com, a website for people who love tomatoes...

Keep your cats away from tomatoes

That article by Michelle Fabio references solanine, and says that like the related deadly nightshade plant, tomatoes contain solanine.

So, did the HSUS make a mistake on their list with respect to cats and tomatoes? Is the fruit of the plant poisonous to cats? Or is it just the green parts (and green fruit)?

There's an article by Franny Syufy on feeding human food to felines, which specifically states:

"Tomatoes in pet foods are ripe, and should cause no concern"

This, of course, implies that ripe tomatoes are OK. Are they?

Are either of those statements true? What's the real scoop on cats and tomatoes? Let's try to sort this out.

So, what's the truth about cats and tomatoes? What about solanine? Let's turn to some authoritative sources, and see if we can also find some folks who've researched this to get at the truth.

The first thing that stands out is that solanine is not the primary toxin in tomatoes. They have tomatine instead. Yes, tomatine is in the fruit too, but the level diminishes as the fruit gets ripe, as do the levels of nicotine in the fruit.

From the book, Food, Inc.: Mendel to Monsanto--The Promises and Perils of the Biotech Harvest...

"The only naturally occurring toxin in tomatoes is tomatine..."

Journalists are usually good fact checkers, and they often get access to resources we mortals don't have. Here's a New York Times article on cooking with tomato leaves that uncovers some of the same facts that I've found (you may need to create an account with the NYT in order to view that article).

From Sam Montel at the UK Food Standards Agency...

The Bottom Line on Cats and Tomatoes

In short, the conclusion here is that green tomatoes and other parts of the tomato plant are bad for your cat and should be avoided. Red, ripe tomatoes are OK.

But, any change in your cat's diet can potentially cause stomach upset, vomiting, or diarrhea.

I think there's good news and bad news with respect to cats and tomatoes. The bad news is, that "these alkaloids are not destroyed by cooking or drying at high temperatures."

Apparently, cooking destroys the enzymes that create more alkaloids, but not the poison itself.

Remember that your cat's body is small as compared to humans, so a little poison can go a long way.

The good news is that it takes a relatively large amount of these poisons to cause death. These poisons (glycoalkaloids) are not well absorbed in the intestines of mammals, some is converted in the gut to aglycones, which are less toxic, and they are excreted in urine and feces.

Of course, if your cat has an allergy to tomatoes, then all bets are off.

The bottom line is that my research shows that if your cat eats ripe red tomatoes, it's probably OK. Ripe red tomatoes that would be included as an ingredient in cat food should also be fine for your cat.

What's not good, however, is if your cat gets into a tomato plant and eats the green fruit, or any of the green parts of the plant. As always, consult your veterinarian for the definitive answer on what is or is not OK for your cat to consume.

Of course, anything that deviates from your cat's normal diet can cause an upset stomach, especially in larger amounts.

More information on cats and plants.

Just for fun, let's confuse ourselves even more and look at Merriam-Webster's Medical Dictionary entry on solanine:

But, NIH says the chemical formula for tomatine is...

So, those are obviously different substances.

I've read a ton of conflicting information on this topic, and I assume that you might have encountered it too, or soon will. So, I'll leave you with this last reference to perhaps clear things up a bit. It's an article on steroid alkaloids from the Cornell University Department of Animal Science, and says:

"Solanine and chaconine cause poisoning in potatoes. They have the same aglycone, solanidine, but the structure of their carbohydrate sidechains is different. Tomatine is a glycoalkaloid found in tomatoes. Its aglycone is tomatidine." 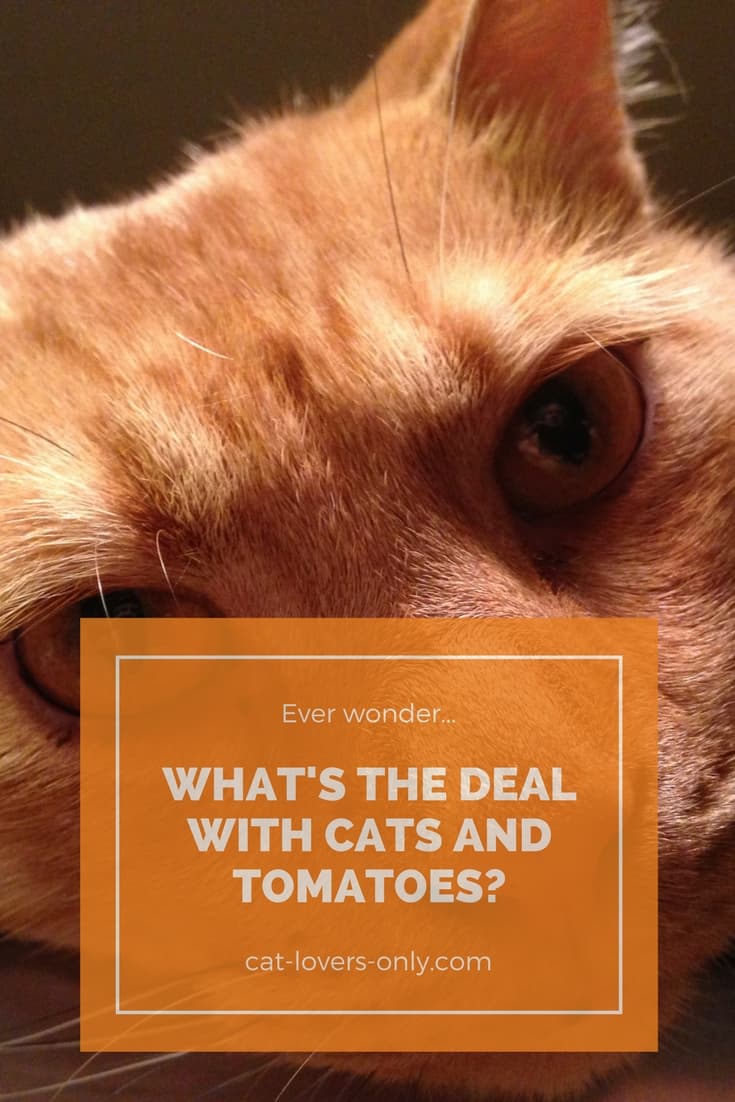