Albert Schweitzer once said, "There are two means of refuge from the miseries of life: music and cats."

Cats in music over the years have inspired ballet, pop hits, costumes for performers, and entire plays. Here are some of them.

Nora the Piano Cat is, of course, world famous, thanks to YouTube. Nora was the ASPCA Cat of the Year for 2009, and has thousands of fans, young and old alike.

Elaine Comparone plays Scarlatti's Fugue in G minor on the harpsichord, known as "The Cat Fugue." 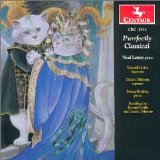 A number of the pieces mentioned here can be found on the CD Purrfectly Classical.

This collection includes Tchaikovsky's Puss-In-Boots And The White Cat, Copland's The Cat And The Mouse, Scarlatti's The Cat Fugue, Chopin's The Cat's Waltz, and Cat Duet by Ravel.

More Cats in Music and Theater

Interestingly, the term "cat" refers to a jazz musician. If you're a cool cat, you're some one who plays your instrument well.

Below are some more songs, tunes, albums, song names, and a musical play inspired by felines. 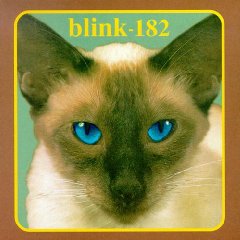 Peter Criss is a real cool cat musician. He was the original drummer from the rock band KISS and his character and make up was the cat or Catman.

Peter has written and recorded many songs. His official website has a news section called Tales from Catland.

My drums are not quite as fancy as anything owned by Peter Criss, but Frankie likes them just the same. I'm not sure, but Frankie might be a better drummer than all of us... 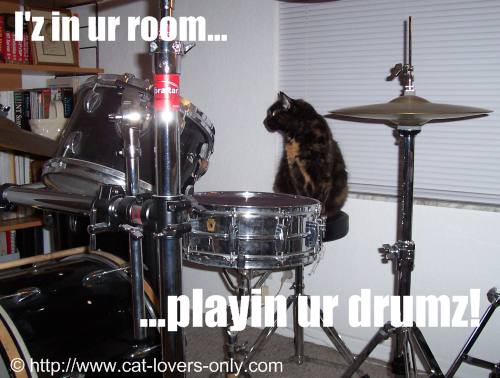