Say meow to round 3 of the featured cats for July, 2013. These pictures were all contributed by visitors who want to show off their babies. Enjoy and show them some love!

As a 13 year old, Natasha Rakish found Albert in a box on the side of a busy road. He was no more than 4 weeks old.

She bottle fed him and nursed him back to health. She says "we grew up together. In his prime he was an expert certain climber!

I recently got a dog that he loved to torment by jumping right off the dining room table on top of him... quit the little jokester!

But also a very sweet and loving little kitty... he would give up anything for one more scratch behind his ear.

He is almost 15, and sadly won't be with me more than a couple more days due to failing kidneys. He has lived an awesome spoiled kitty life! He has been my best friend." 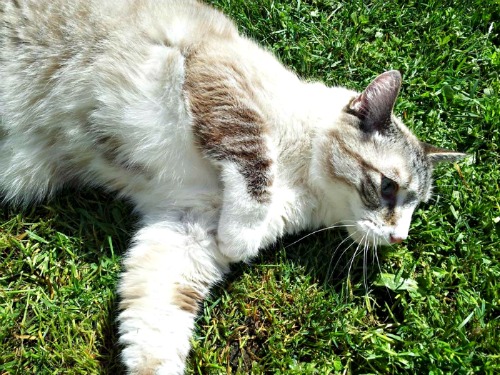 Michelle Moore says "This is my precious Lily Ann. This li'l girl was a rescue and in bad shape. Now she lives like a queen." 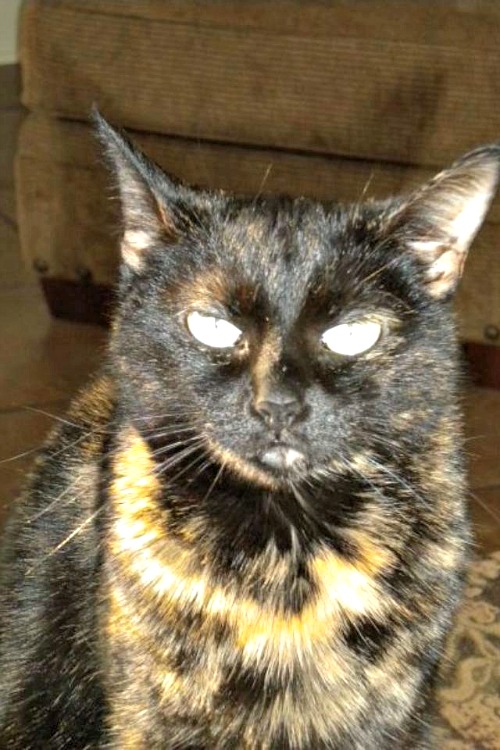 "...she loves to help change fish bowl water she is such a blessing to me. She knows when I'm going to be sick before I do she is my li'l guardian angel cat!" 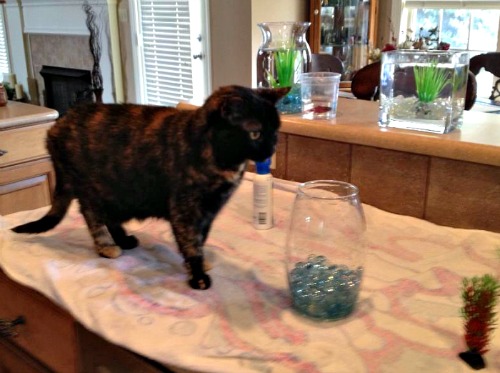 "My Egyptian goddess Bambi!! She was a feral rescue by my co-workers Animal Care Club at Sweetwater High, located in San Diego, CA.

Bambi was very sick when I took her in, and now she's a healthy almost one year old. She's a diva!!! Love her to pieces!!" 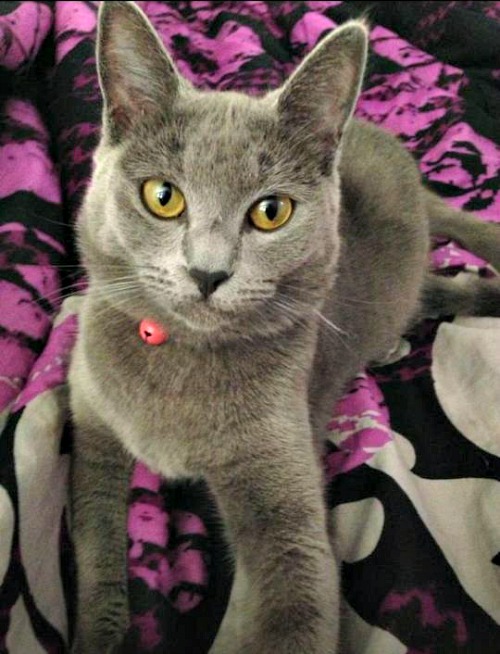 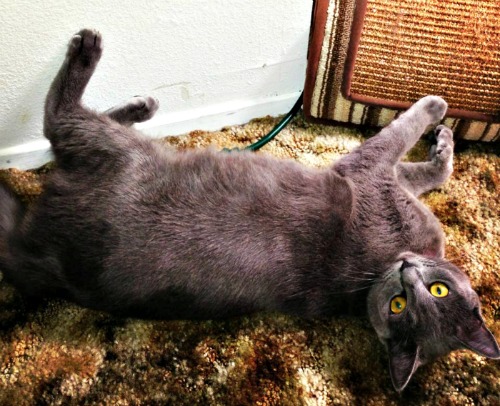 "This is Herbert.... We no longer have him. But he's just too cute not to share. That's his mama Ruby Roo holding him tight.

Herbert went to a stay with a good friend to help out a cat who just lost his friend.... He's in a good place. How can anyone not love that face?" 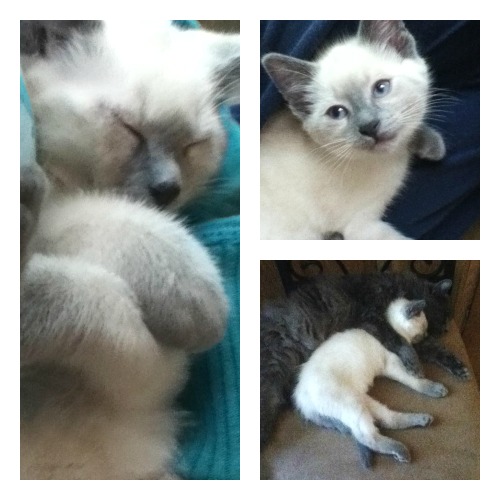 "Oreo just turned 1 on May 5th. We adopted her from our local animal shelter when she was 3 months old. She had nerve damage in her front leg and her owners couldn't pay for her surgery so they gave her to the shelter.

We have one other older cat. Oreo is very playful and doesn't realize she is missing a leg. My husband and our kids are glad she chose us to love." 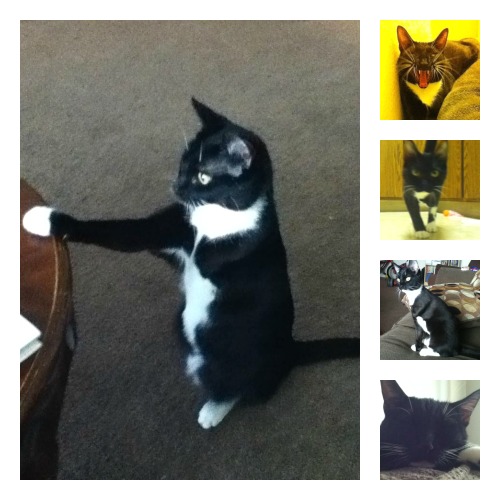 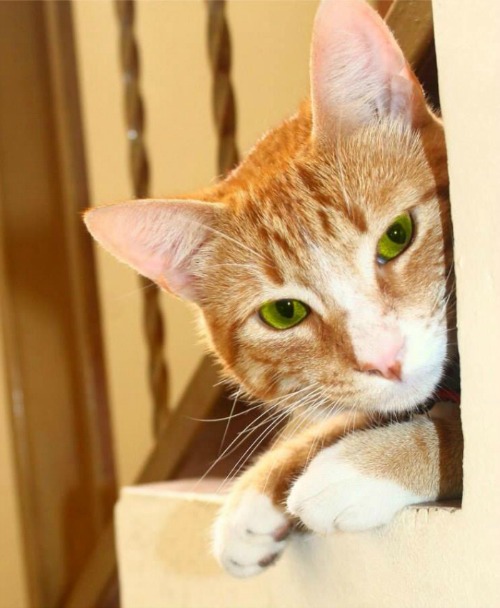 This 9 year old kitty is Benny, enjoying some catnip. Dina Bellini-Jones says he wakes her up every morning by lying on her face.

He loves to play hunt with his mice and sticks and loves to eat, especially butter pecan ice cream. 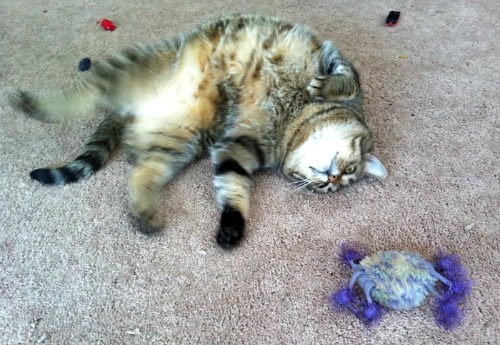 We're a Couple of Cats from Siam

Cookie is a 2 year old Siamese who enjoys sleeping on the desk, as long there's a comfortable towel there. "She loves being petted and sticking to you like super glue every time you sit or lie down." 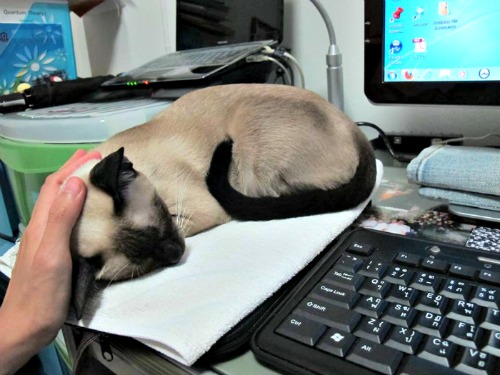 Suki is a 3 year old female Korat cat. "She isn't scared of anything, even dogs. She likes hunting and being petted. She gets up early and she goes to bed early. And she likes spending time with her sister cat." 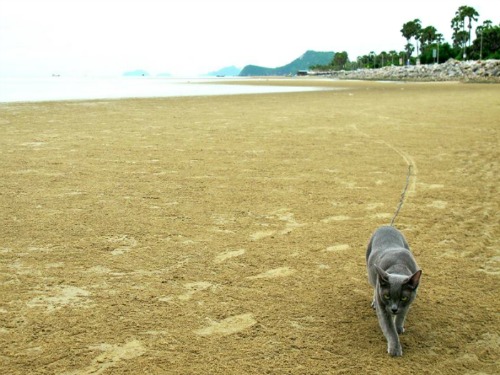 The Korat and the Siamese are both breeds originating from Siam (now Thailand). Beautiful cats from a beautiful land.

"Maya is 3. She was the only survivor from 5 kittens left outside a cat shelter in the Swedish winter.... we took her on even though we where moving to England later that year. She has now lived with us in the UK for 2 years and considers herself to be next in line for queen. A little survivor!" 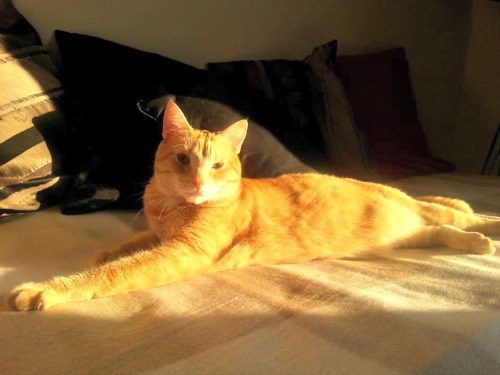 "We got her after my husband's grandmother passed away. Her cat had 4 babies and the rest are wild. We caught her and got her to see she was safe." 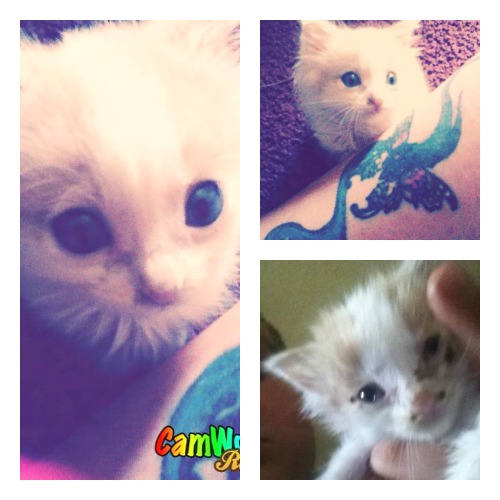 "This is Pocket, our newest addition. This is how he watches TV!"

"He was abandoned by his mom under our deck. We had to take the boards off our deck to get him out!

He loves our big dog Benny and harassing our older cat Tyna. He will chase about anything that moves."

"He is a very energetic addition to the family and we hope we have him for many many years!!" 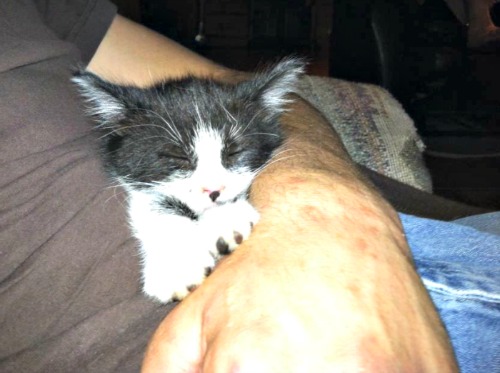 "In October, 2013 he will be two. His name is Max, he is a semi Persian, friendly and playful cat. He was a little kitten (from my brother).

He likes to stay in the balcony and play with my three kids." 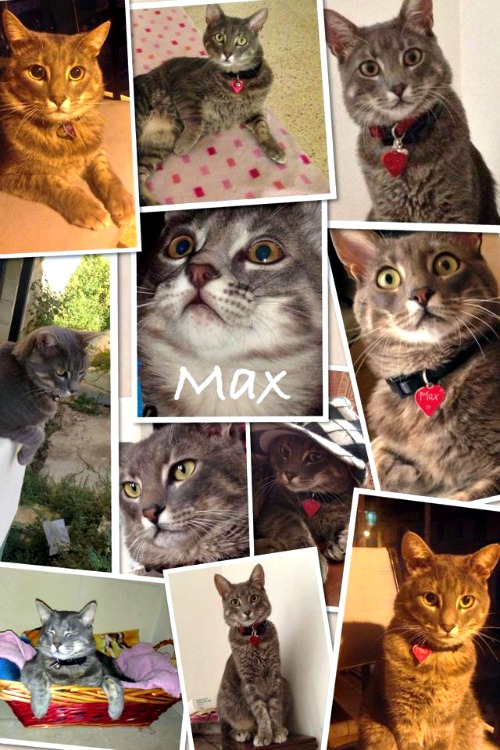