Say hello to the featured cats for March, 2013. These cats own some of our visitors. We've got a collection of beauties, don't you think?

"I just wanted to share some pix of my precious beautiful green eyed baby, Tiger. He's a rescue that I adopted in 2008 while volunteering at our local Humane Society! He's such a little snuggle-bug and totally a mommas boy. I love him to death!

...He's my little sweetie pie, and he's so funny cuz when he snuggles with me, he HAS to be touching me somehow. He even has a harness, sweater and leash so I can take him outside for walks in town...lol!" -Amy James Bosteder 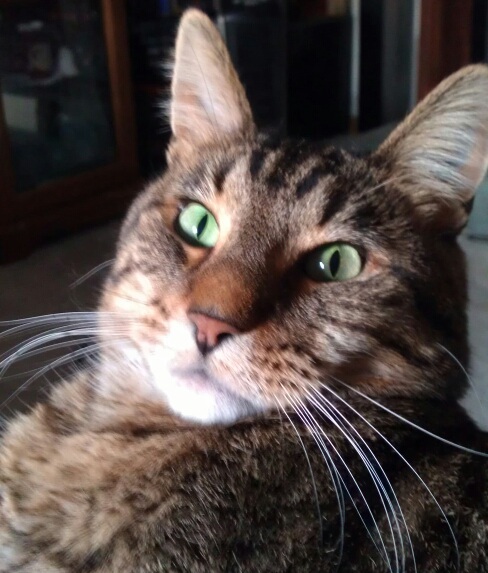 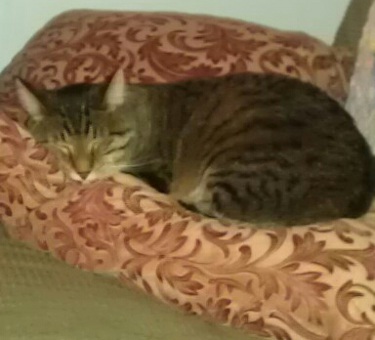 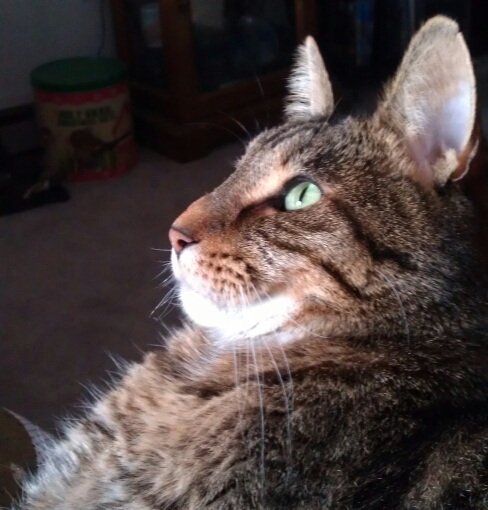 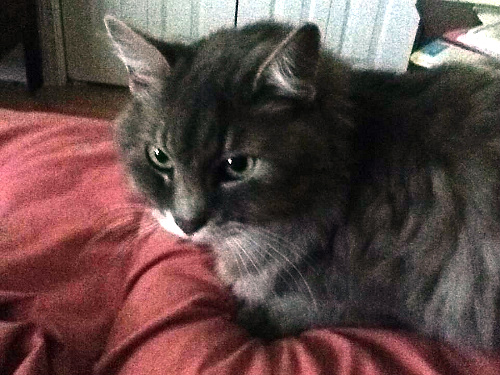 Cat in the Box

I created a caption for this one... "This box is defective... no toys inside."

The cat's human servant, Andrew Davis responded with... "He tore the hole in the ends and pushes the toys out, but there's plenty of string on the sticks." 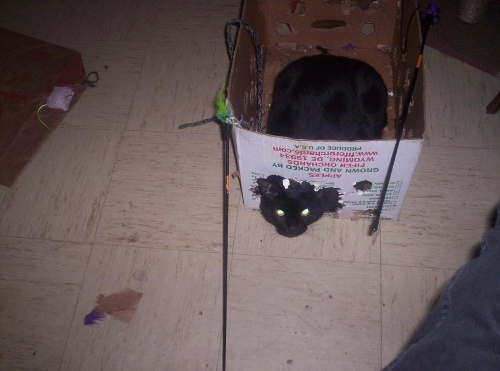 Claire Bullen-Jones says that Jasmine the moggy "spent the first 6 months of her life locked up in a garage having to fend for herself." When Claire first met Jasmine, she had a severe skin disorder and was "very very skinny!" She said,  "Now she loves nothing more than a huge plate of food and loads of lap cuddles!" 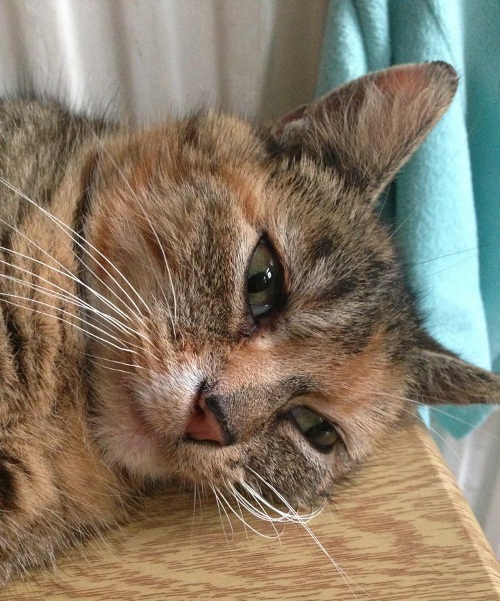 Sara Lea Kidd says that her precious cat Ruby Roo loves to play and hide in boxes. "She's normally a crab. But that day she wanted to show us her playful side." 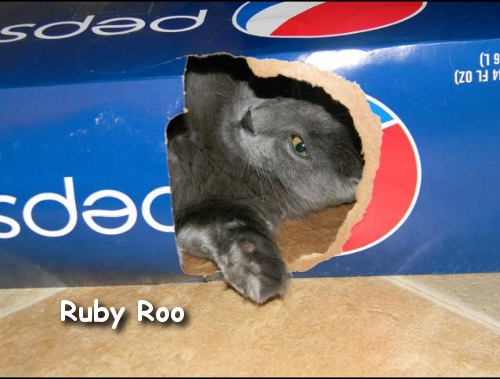 Scooter loves to cuddle with his bunny. 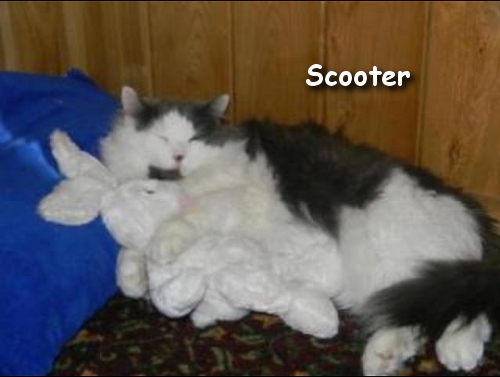 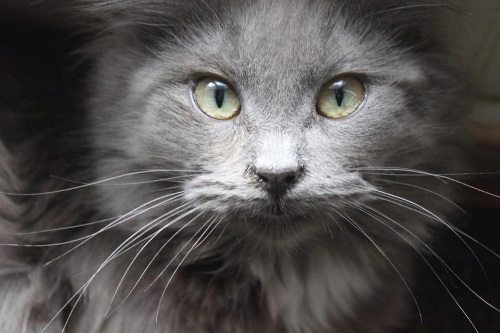 Bob Morton says that he liberated Scooter Pie (or just plain Scooter) from a life of improper treatment. Bob says that Scooter is a sweetheart and, as you can imagine, spoiled rotten. This is as it should be! 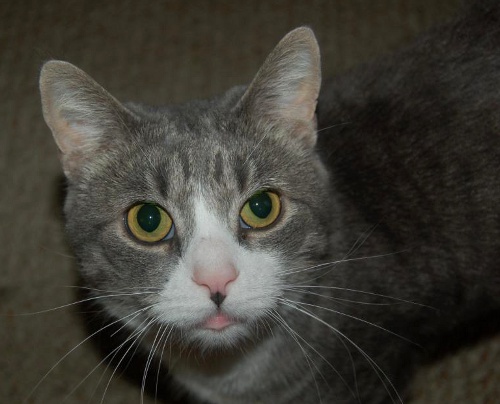