Black cats have been known throughout history for being bad luck.

Interestingly, these felines are also known for being harbingers of good fortune as well, depending upon who you ask, or where in the world you live. 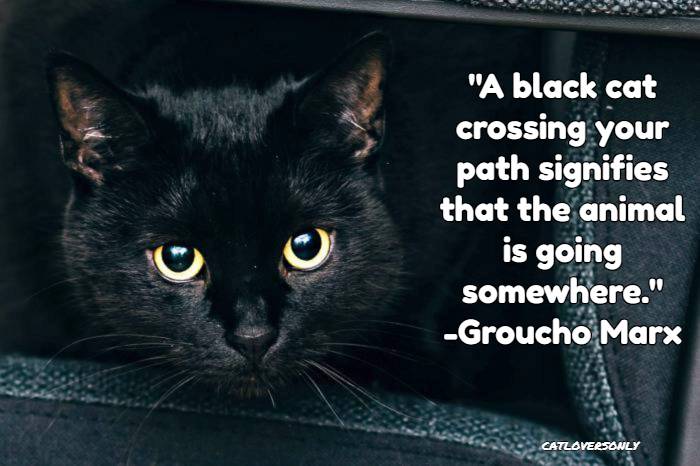 There are many myths about cats, such as the myth that cats steal babies' breath, or white cats make bad mothers. But by far, more myths, legends, and sayings revolve around cats with black coats than any other.

Black kitties have had a wide range of roles in folklore and legends. In addition to being symbols of bad luck (or good), kitties with black fur have been said to be familiars, the companions of witches, and even the embodiment of evil itself.

That's hogwash, of course, and fans of these ebony fur ninjas celebrate them every year on Black Cat Appreciation Day.

To Breed or Not to Breed

Photo of Bombay used under the GFDL

While the black cat is a coat color rather than a breed, there are many domestic feline breeds that include partially black or all black coats in the breed standard.

In fact, the Bombay cat breed, with it's jet black coat, is said to look like a miniature panther. Of course, as we know from the big cat fact page, panthers are actually not solid black.

The Bombay breed standard calls for black fur all the way to the roots, with black nose leather and black paw pads.

Besides the Bombay, other cat breeds that show off their stunning black fur include American Shorthair, British Shorthair, Maine Coon, and Persian. Although these kitties come in other colors, they are magnificent in black.

In the US, there's a "Halloween ban" and many shelters won't allow adoption of black cats during the month of October. The association with witches and magic remains to this day, and these felines are sometimes abused during this time of year.