This big cat fact sheet is a continuation of my quest to bring you up to speed on interesting factoids about felines. Here, we take a look at the great cats such as lions, tigers, and leopards.

They also really enjoy Christmas trees! I love the tiger's "chuff" in this video at 0:17... 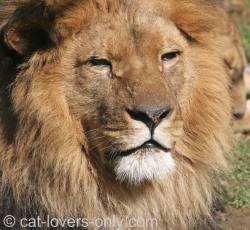 Tigers on the Prowl 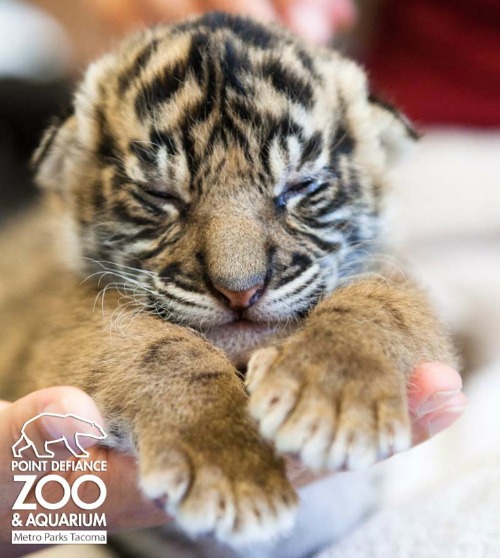 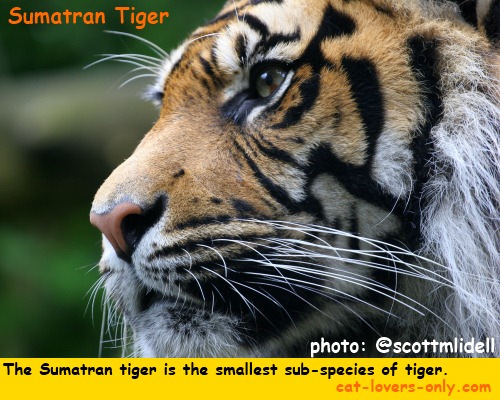 Check out this magnificent creature, the black panther in the video below...

Known as melanistic leopards, their coats are not solid black.

If you look closely, depending upon the lighting, you may be able to see the spots, even though the coat is very dark.

In the Malay peninsula, almost half of the leopard population may be of the "black" variety.

Other melanistic cats, such as jaguars, which live in South America, may also be referred to as black panthers. 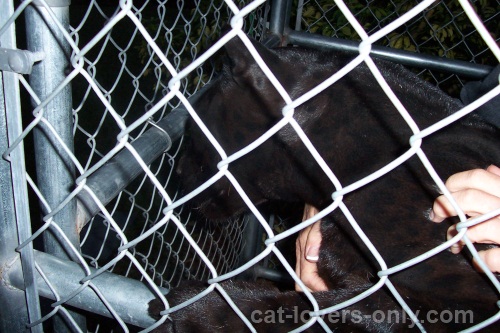 I took these photos of this black panther called Amos, at Panther Ridge Conservation Center. Founded by Judy Berens, Panther Ridge is a big cat sanctuary in Wellington, Florida.

This big guy was bouncing around his confinement area like a kitten, but I can tell you from being up close to the fangs and claws that wrestling with him is not a good idea!

You could hear (and feel) the power in the huge paws as he galloped all over the place. He was like a giant house kitty playing with his toys.

As she stretched the skin for me to take the picture, I could clearly see that there were indeed spots on this cat.

I was amazed at how easily she handled the cat, and how compliant he was for her. My little house kitties have never been as easy to handle as this huge guy.

Seeing that, it's easy to see how some people might think that they could own one of these big cats.

But don't be fooled.

Nevermind the expense, the veterinary care, and the fact that no one should try to keep a big cat as a pet, these are highly dangerous animals and should only be cared for by experts.

Even with experience, things can go wrong. A few years after I took these photos, Judy Berens was attacked by a pair of cheetahs.

Apparently, she was in the enclosure with the cheetahs, just as she was with the leopard when I was there. One of the cats got distracted by a ball that one of the visitors had and went to investigate.

On the way there, the cheetah knocked Judy down.

That was all it took. Both cats attacked her and she ended up in the hospital with multiple bite wounds. Don't mess around with big kitties!

Treating a wild big cat, even the most docile of them, like a domestic cat and petting and playing with it often does not end well for either the human or the cat involved.

Below is a close up picture of the spots on the black leopard. 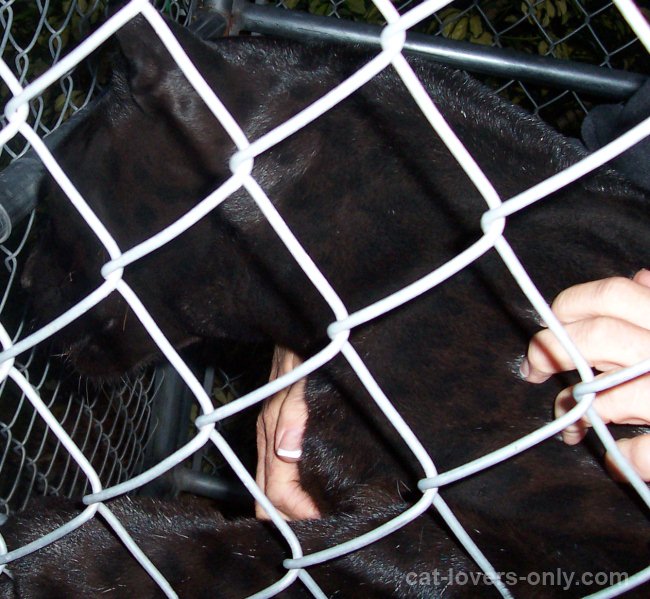 Big Cat Rescue has tons of information on big cats, as well as many more videos on their website, such as this one about one of my favorites, the (melanistic) jaguar.

Below is a video of a jaguar relaxing at Big Cat Rescue.

If you can find it, Spirit of the Wildcat is one of my recommended books with several excellent pictures of both melanistic leopards and melanistic jaguars.

It makes a great coffee table book. I seem to have misplaced my copy at the moment. Perhaps it's here somewhere under all the cat fur.