Say meow to the featured cats for November, 2013. These pictures were all contributed by visitors who want to show off their babies. Enjoy and show them some love!

"Smidget is very different from her Mum. She doesn't like to be cuddled. She likes to play when no-one is looking despite the arthritis.

She does not like our 2 year old Ragdoll, Simba, who is twice her weight! But she does like to steel his food! Smidget likes to be wherever I am. If she hears my crying she comes running to comfort me. I love her more every day!" 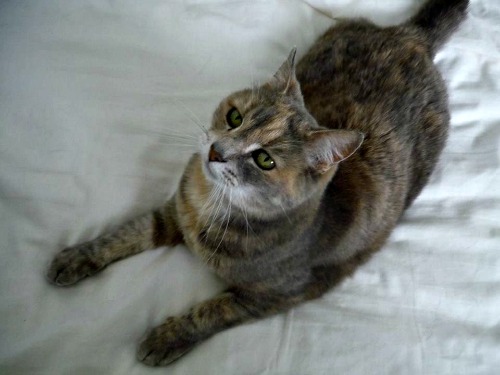 This is my Siamese, Sushi. He is the biggest goofball. He's also a master creeper, and by that I mean you could be minding your own business, and just happen to see a head poking out somewhere. He cracks me up, I hope he cracks you up too!! 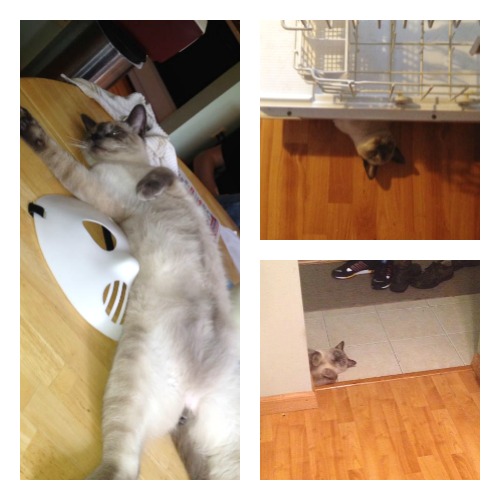 "He is a rescue. Was abused and abandoned until the Bristol animal shelter took him in. They are an awesome no kill shelter.

He likes to sit in my lap and sleep with me. He has trust issues with other people. I LOVE him." 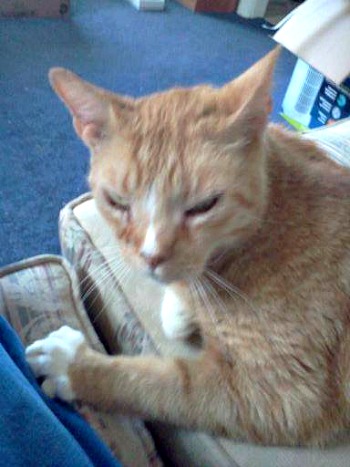 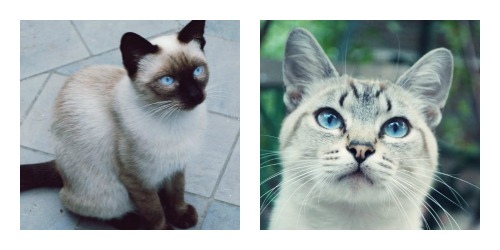 "I found Malibù (above, left) on the street near my home. She was with her brother. They were hungry and alone. I took them home and gave them food. Now Malibù and Prof are beautiful cats. They love play and they are active. They are so adorable! My family and I love them!"

Mosito is about 9 months old, loves to play a lot, and is very friendly.

"I thank God to have him with me!!! He is so adorable!! But very naughty." "He is 4 years old. He loves sleeping in potted plants and he won't go to sleep unless he has his milk at night."

"I got him because I saw someone throw him down a set of stairs. So I took him home and that is where he has been ever since." "Our new sweetheart Rocky. He was a poor cat, very sick, lost all his teeth, stayed over a half year in a shelter, is very shy and timid and nobody wanted him. We saw his photo and adopted him. He is very friendly and we love him." I received this updated note from Rocky on his progress, because, well, I receive letters from cats. :)

"Hello, it's me, Rocky. Now I'm about 2 months at my new human's and I'm a very proud cat and no longer shy and timid. I love my new life and more I love to give wet cat kisses to my humans."

Kitty is a 1 year old Ragdoll.

"He's an Aussie cat, lol. He loves tuna, has it for breakfast and dinner. Favorite thing to do is scratch my lounge. He never uses the scratch pole, lol." 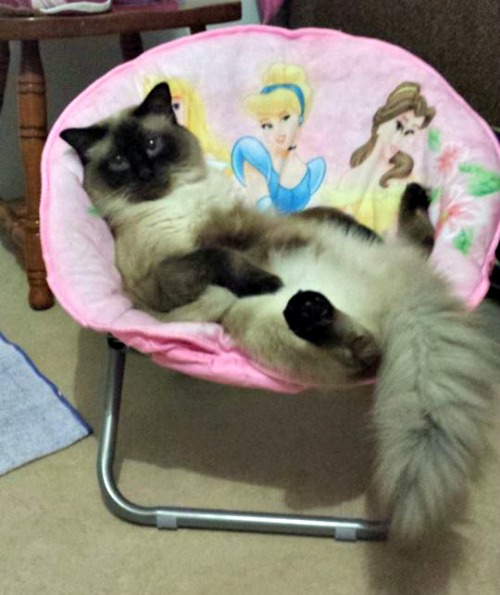 "His name is Mikel. I found him when he was a kitten tangled in the wires of a car engine one night when I was leaving my job at the time. He was crying so I freed him and brought him home and he's been my baby ever since. I've had him for about 8 years now."

"He's blind but you'd never know it. He still follows me around the house and acts like himself. I've taken him to the vet but they don't know what caused it, but he's still my handsome man." 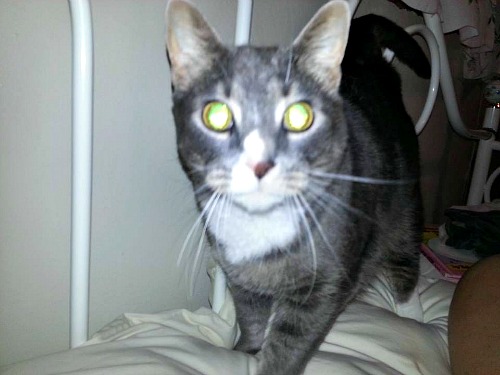 Sirius will be two years old in February, 2014.

His favorite toy is "the laser light pointer that my brother uses to play with him. ;)" 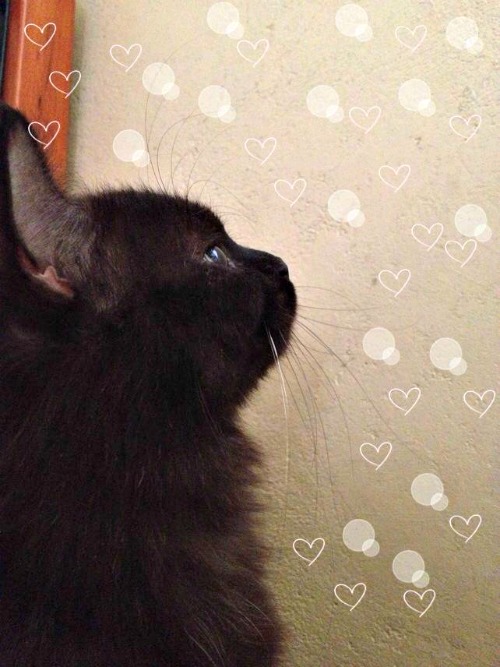