Featured Kitties for August, 2013
Round 2

Say meow to the second round of featured cats for August, 2013. These pictures were all contributed by visitors who want to show off their babies. Enjoy and show them some love!

Some cats just seem to know they can get anything they want with the right pose, or the right look. Here's Amanda Cristina's Thor, posing cute for the camera.

Could you refuse that face anything?! 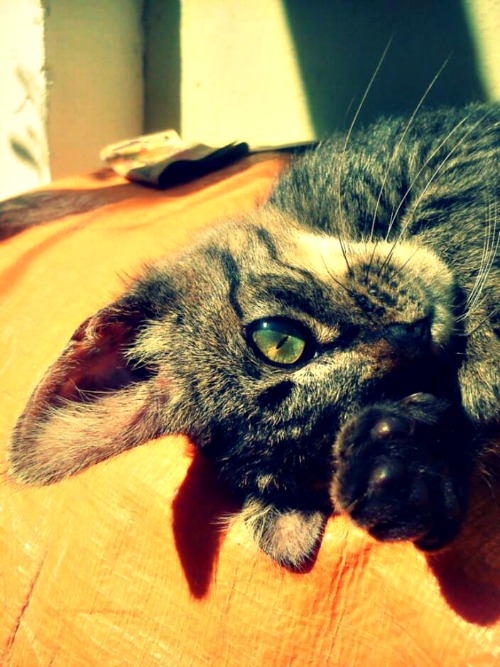 Bubbles Then and Now

"My cat 'Bubbles.' Turned 1 year old yesterday. Her favorite hobbies are chasing around my pit bull Charlie and hanging out with her cat friends!"

I Am Burmese, if You Please

This 7 year old Burmese cat from Yangon is overlord to Phu Sandy Kyaw. 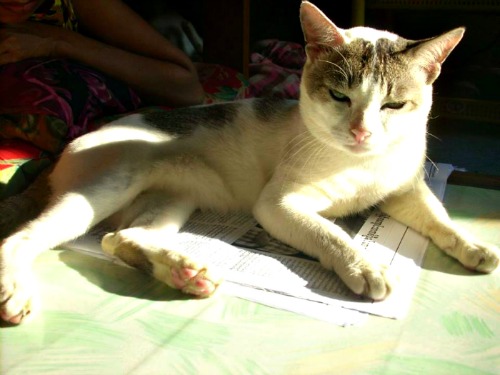 "He loved his feather on a string, and loved my handbags. Every day when I'd get home, within minutes just his hiney would be sticking up from my purse. I'm both laughing and crying right now."

"He was a wonderful kitty, no bad habits, just a lot of love and kisses. I've had many cats, but he was an exceptional, loyal cat and will never be replaced."

"Baby was also best buddies with my little lhasa apso, Oscar. Oscar wouldn't leave Baby when he got sick, even at the vet's office. Oscar mourned for weeks for his best friend. Baby was the first cat my dad ever liked. He won over whomever he met, regardless of species!!" 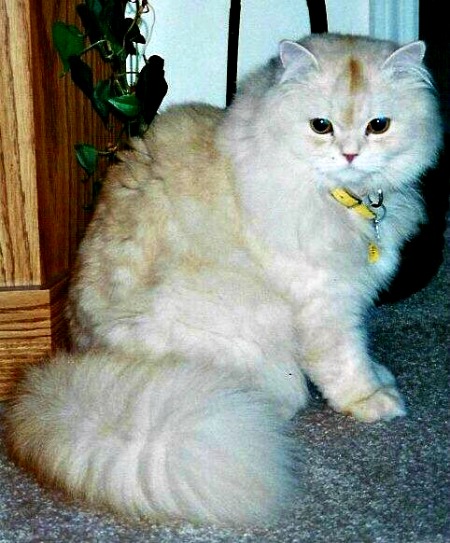 Milisen Andrea Bugueño Orellana's cat, Kin, is one year and 11 months old. He loves to play and is the baby of the house.

"My four cats are my children. Goldie will be seven tomorrow. She was born with a sick eye and lost it after several vet visits in an attempt to save it. She loves sunning on the deck.

Fiona just turned two May the first. She was born to a stray cat that made its home on my parents back porch. She is Miss Priss, full of spunk, lots of energy. She loves to keep the older kitties on their toes.

Blackie and Furby are sister and brother. They turned ten years old on April the 30th. They were kittens born from a litter of six. Their mother was my parent's cat. They look after one another.

Blackie is very shy and vain, while Furby never meets a stranger and is lovable and cuddly. They are all spoiled beyond words and love to sleep with me every night. They are my world." 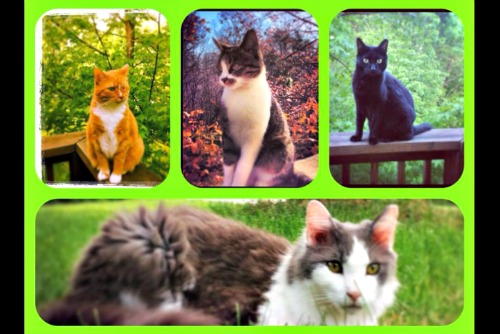 Had to Have Him

"Trevor is going to be 5. He can't be without me, he cries if I am in another room until he can see me. I saw his picture on Petfinder and I had to have him.

I didn't know anything about him I just went and got him. The shelter must have thought I was crazy. He loves cat nip but he is pretty lazy otherwise. He just loves to cuddle.

He's my baby. He never uses his claws and never bites no matter what! He even gives me his paws for nail clips. Who would have given up a cat like him? Just glad he's mine now!!" 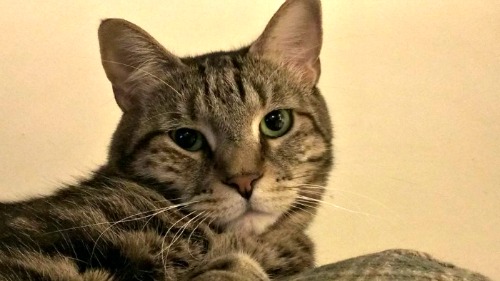 "This is my kitty, Milk. She is the sweetest cat I've ever met." 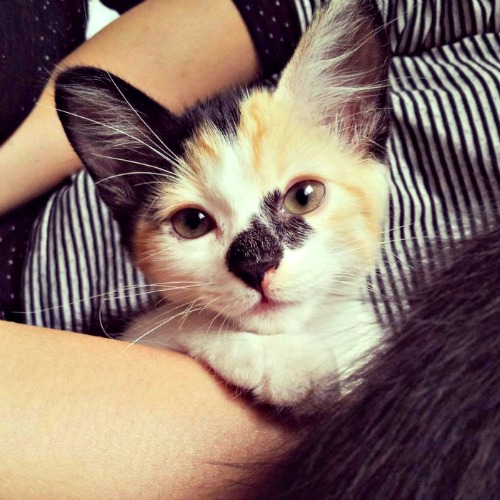 Ozzy was 2 years old on the 8th of July and is a third generation farm cat from Northern Ireland.

"He came to live with me when he was 2 months old. He is very very special and really clever. I couldn't imagine life without him."

"He loves sleeping in the sun chasing and catching flies. Being stroked, massaged and pampered and chatted to are just a few of his favorite things.

Oh, yeah and hanging out with some poor old abandoned stray cats that I look after."

"He lord's it over them. Well, there's a million other things about the awesome Ozzy, but that's all for now." 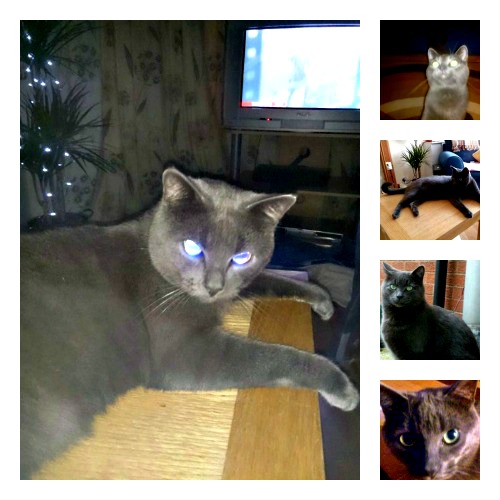