These Cat Illnesses Can Be Prevented, Say Veterinarians

Many cat illnesses can be prevented.

At least, that's what the Humane Society of the United States says... many feline illnesses that we commonly see can be prevented.

How? By taking certain precautions. 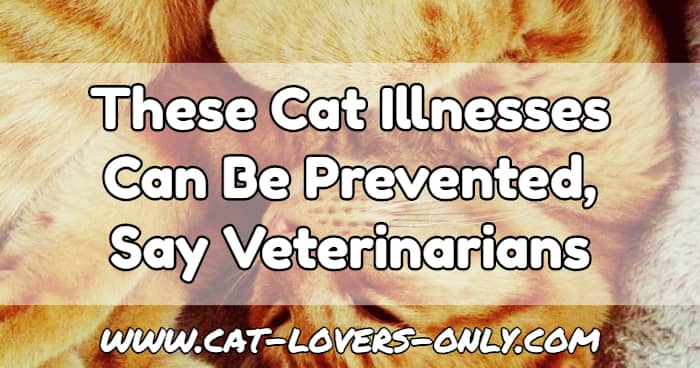 The HSUS recommends two primary ways to prevent these diseases:

Second, get your cat vaccinated on a schedule according to your veterinarian's advice.

Let's have a look. Here are some common cat illnesses, their symptoms, and what to do to help prevent them.

Upper respiratory infections in cats produce many of the same symptoms as the common cold in humans: fever, runny nose and eyes, sneezing, and decreased appetite.

As cat illnesses go, however, URIs are much more dangerous than colds in humans. If left untreated, they can be fatal. This (along with other contagious feline diseases) is why it's important to quarantine new feline residents for a period of time.

When introducing any new cat into the house...

Many experts recommend that any new cat introduced into the household should be isolated from existing pets for a period of time.

This is both to ease the psychological aspect of introductions, and to prevent health problems related to transfer of disease.

According to the HSUS, however, URI viruses are so contagious that they can be "transmitted to cats through human handling and through contact with other cats and with inanimate objects such as litter boxes, food bowls, and grooming tools."

Based on that, HSUS recommends that you separate any new cat from your other cats for at least three weeks until you are sure they don't have any symptoms of upper respiratory infections.

Since URIs are highly contagious and commonly seen in cats from shelters, be conscious of this when introducing rescued cats to the cats you already have at home.

HSUS recommends keeping current on all vaccination as the best method of prevention for URIs. If your cat exhibits any cold-like symptoms, contact your veterinarian immediately.

Feral cats are even more suspect, since you can assume that they haven't been given any preventative medical treatment at all.

HSUS recommends testing and vaccination for this disease. Since there's no cure, it's best to keep your cat indoors and away from infected cats.

Feline infectious peritonitis (FIP) flourishes in crowded spaces like shelters and catteries, and is the leading infectious cause of cat death. There are two types of the disease, wet and dry, which take different forms. Both forms do, however, have some FIP symptoms in common.

The best way to prevent your cat from getting this disease is to keep your cat indoors, up-to-date on vaccines, and away from strange animals.

Feline immunodeficiency virus (Feline FIV) is a fatal virus that attacks the immune system of infected cats and can lead to full blown Feline AIDS. It is not the same virus as human HIV and cannot be passed to humans, but it works in a similar way on infected cats.

HSUS recommends testing and vaccination for this disease. The latest I have on the vaccine, however, is that it is not 100 percent effective. Keeping your cat indoors, and not introducing infected cats to your home is the best method of prevention.

Feline panleukopenia (feline distemper) is a highly contagious viral disease that the HSUS recommends you vaccinate against. Symptoms include diarrhea, vomiting, and loss of appetite.

This disease can be transmitted through contact with various surfaces, including food bowls, infected cats, clothing, cat carriers, and people.

For cat owners, the fatal viral disease we call rabies is one of the most feared of all cat illnesses. Rabies is now more common in cats than any other domestic animal.

In the US, many areas have laws that require vaccination. Vaccination is the best way to prevent your cat from contracting this disease.

The risk of contracting rabies is also one of the strongest arguments for keeping cats indoors. In Florida, where I live, there's both a large raccoon and fox population. Domestic cats that wander are at risk of being attacked by rabid foxes and raccoons.

Other areas have these or other animals, such as feral cats, that put house cats at risk. So, vaccinated or not, your cat could be injured or killed by another animal with rabies. In addition, every case of rabies in an animal potentially puts humans at risk of being bitten and infected.

Should You Vaccinate (and when)?

There's a vaccination controversy. Some experts, especially holistic veterinarians, are concerned that the typical "once a year vaccination schedule" is not in the best interest of the average house cat.

As a result, some veterinarians are doing once every three year vaccinations for many diseases. You should talk to your veterinarian about the benefits and risks of vaccinating and the best schedule for your cat.

Before you do that, here is more of what you should know about cat vaccinations, and here are some of the risks, as well as a list of cat vaccination resources.

The Humane Society of the United States, the American Society for the Prevention of Cruelty to Animals (ASPCA), and virtually every other organization that has cats in mind, says that keeping cats indoors is a better idea.

You can still allow your cat to experience the outdoors by getting an outdoor cat enclosure, sometimes referred to as a catio, or in some cases, a cabitat.

You can buy outdoor cat enclosures, or you can build one. Either way, these structures allow your cat to have an outdoor experience but still enjoy the same type of protection from attacks and disease they would enjoy indoors.

You can protect your kitty from certain cat illnesses, predators, automobiles and various communicable diseases by keeping your cat indoors, and allowing access to the outside via safe and secure enclosures. 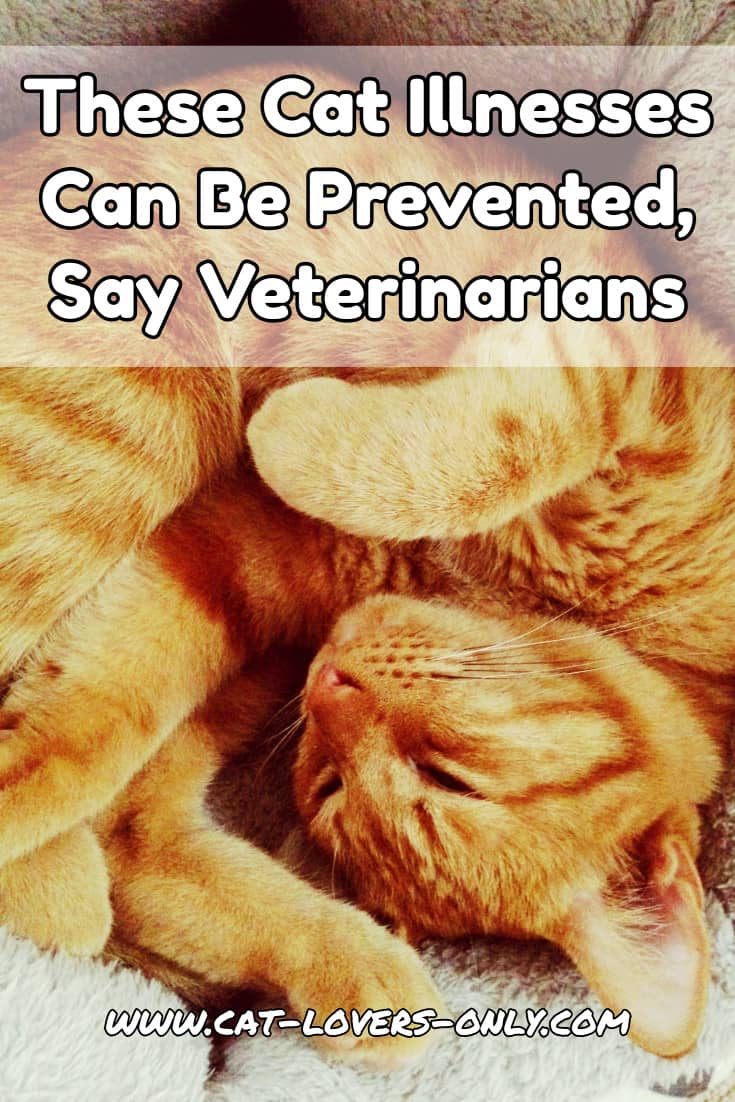