The automatic litter box is a great invention that can alleviate a chore that even the most avid cat lover hates. There are a number of benefits to using these devices, but there can be a downside as well. 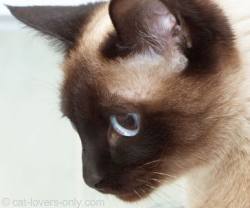 For purposes of discussion, we can either lump together the alternative solutions to the traditional litter box, or we can separate them out into categories.

Alternative solutions might include alternatives to the very popular clay litters (both clumping and non-clumping), non-electric self cleaning boxes such the Feline Pine model, and electric models.

Let's put them into categories, and focus on a few of the types of electric litter box options.

But first we'll look at a (very) brief history, and some of the pros and cons of traditional boxes vs. electric auto/self cleaning.

History of the Automatic Litter Box To some degree, the history of the automatic litter box goes back to advances in the cat litter box and litter in general. I talked briefly about the history of cat litter and how people went from using sand and ash in the box to clay "Kitty Litter" after Edward Lowe solved his neighbor's problem.

When clumping cat litter was developed, the way was paved for the automatic litter box. The oldest patent I have found so far for an automatic litter box looks, in concept, very similar to the current LitterMaid and LitterMaid Elite products. According to this website, that patent was requested in 1991 and is credited to inventor Angelo Carlisi. The LitterMaid is the first automatic self cleaning litter box I remember seeing.

As time has marched on, advancements in science have produced advanced cat litter materials (such as litter crystals), environmentally friendly products (such as Feline Pine and a self cleaning box to go with it), as well as new and innovative automated box designs such as the Litter Robot and the Cat Genie (which has its own, washable litter granules).

A number of the automatic litter boxes, such as the LitterMaid models, will require a premium clumping clay litter. With these types of self-cleaning models, you actually can't use cheap litter, and you can't use any of the alternative litter types.

Pros and Cons of the Auto Boxes

Disadvantages of using an automated box

One more disadvantage of an automatic litter box is that if the power goes out, the unit stops working. This might not be much of a problem for short power outages of a few minutes, but longer outages could be problematic.

For the shorter outages, you should probably get a battery back-up system. Some devices, like the LitterMaid, use either batteries or A/C power. The batteries may power the unit for up to a couple of months, depending upon usage. Rechargeable batteries might be a good idea if you're going to go that route.

Why I don't use an automatic litter box

I have never used an auto litter box of any type. Although the idea intrigues me, and I had thought about it a number of times over the years, I had never really felt a strong enough need for it. That is to say, when I weighed the risks and the costs, the benefits don't seem all that attractive.

As I mentioned, the first automatic litter box I remember seeing was the LitterMaid, and the possibility of my cat getting caught in the mechanism that rakes the litter killed my curiosity about automatic cat boxes.

In addition, I just didn't feel that cleaning the box was that much of a hardship. Also, cleaning the litter box can give you some insight into the health of your cat. With the automated boxes, you may not witness a problem in the making.

Another aspect that I wasn't too thrilled with is that some of these devices use a receptacle that holds the waste until you empty it. I didn't like the idea of that waste sitting in the receptacle for a long period of time. I had also heard that they have a tendency to break down, so all of this kind of turned me off to the idea.

That having been said, and since I'm a little older and wiser now (maybe not as paranoid?), we'll look at some of the most popular and best electric cat litter box models.

LitterMaid is one of the oldest and best selling automatic self-cleaning boxes. Here's an overview.