An Alternative Way to Deal with House Cat Care Expenses? 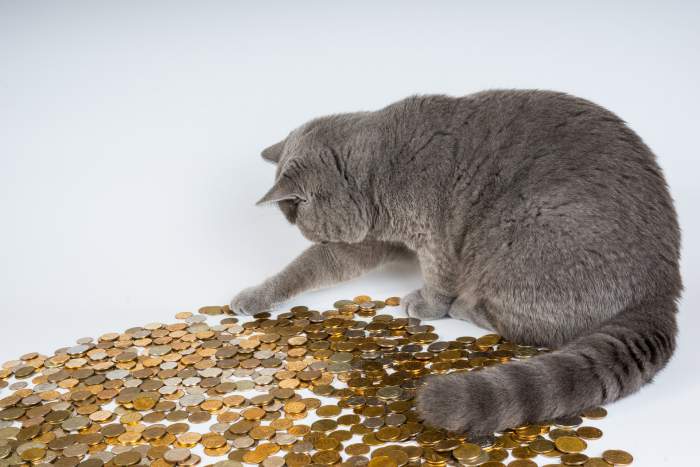 House cat care costs are causing a larger number of cats to be relinquished to shelters in the US. Congressman Thaddeus McCotter has proposed a pet tax deduction in order to ease this burden.

When I first heard about this, it (not surprisingly) brought up some questions for me.

Knowing that cats are sometimes slighted when it comes to getting veterinary care, and with the whole health care reform debate going on in the US with respect to insurance for people, it got me thinking.

Would a pet tax deduction result in a higher level of care for cats in the home in the US?

I wrote about this briefly and asked a few simple questions, such as would you buy cat health insurance with your pet tax credit?

I'll touch on some of the other issues that I think this idea raises below, but let's cover the basics first.

In the US, the inability to cover house cat care costs are causing a large number of cats to be relinquished to shelters in the wake of a bad economy.

That's an emotional burden, and a cost burden on all of us.

Congressman Thaddeus McCotter has proposed a pet tax deduction in order to ease the cost burden on pet owners, and reduce the number of abandoned pets.

In addition, there's some evidence that people who live with pets experience positive health benefits, such as lower blood pressure. With more pets in the home, people will be happier and healthier. That's the theory anyway.

Known as the "Humanity and Pets Partnered Through the Years (HAPPY) Act," the bill is "to amend the Internal Revenue Code of 1986 to allow a deduction for pet care expenses." It has been referred to the Committee on Ways and Means.

Is this a good idea? Will it even have an impact?

There are arguments on both sides, but the ASPCA is encouraging pet owners to get behind the bill. And, some bloggers are happy about the "HAPPY Act."

Here's the petition to support the bill to allow a deduction for pet care expenses. That petition is now closed, but got over 30,500 signatures.

Since we're all about cats here, I call the bill the "House Cat Care Bill" and I think the basis of the bill has some merit. I also think that whether or not this bill passes, this topic brings up a host of issues that need to be addressed with respect to pet care, and public health policy.

I'm not going to address all of the issues here because that would take a book, but I will bring up some of the main problems that exist. But first, I'll show you some of the negative reaction to the idea of the pet tax credit.

A couple of readers commented on MSN's Money Central that you shouldn't get a pet if you can't afford one.

That's true and an excellent point. A 10 plus year commitment to care for a cat should not be taken lightly.

Part of the decision to adopt a pet should include the understanding of the costs.

In tough times, people have to cut costs, and giving up pets to shelters is one of those cuts. It's like the story about Picasso, who put his cat out on the streets when he couldn't afford to feed him anymore. In Picasso's case, the cat came back with a sausage for both of them to share, and the artist took the cat back in to live out the rest of his days with him.

The cats today, however, are not as lucky as Picasso's cat, and shelter overcrowding results in millions of house cats being killed each year. Overcrowding also leads to a higher incidence of disease, and therefore further increases costs. All of us are paying for this in one way or another, whether we are pet owners or not.

Kathy Kristof wrote about the deduction being an idiotic idea, and Ed Morrissey says that the HAPPY Act only compounds an existing problem, and what we need is real tax reform.

Note: The original Ed Morrissey article at American Issues Project I was referring to now appears to be a bad link. It was at:

So, I've linked to his Hot Air blog post that announced that American Issues Project post instead.

But this isn't just a taxation issue, it's a matter of public health policy.

What I don't quite understand is that some of the negative comments out there are coming from pet owners. As a dog or cat owner, why wouldn't you want a tax credit to help pay for the cost of care?

Perhaps cat owners, and maybe pet owners in general, are self-sacrificing by nature. There are bigger problems going on in the world, they think, and time and resources could be better spent elsewhere.

Also, you can use the dependent child exemption to alter the take home pay you receive in each pay period. The deduction has no effect on your paycheck, only on the amount of tax you ultimately pay, based on how much you spend (up to the limit).

So, someone who spends more will benefit more from the deduction. If you have 3 cats and 1 dog, you'll spend more money, and have a larger deduction than someone who has one healthy cat. Someone who has a cat who is very ill may, unfortunately, spend even more.

Detractors might say that there are some real problems with this. First, there is the potential for abuse, so there's a need for some sort of tracking.

Second, how do you pay for it? I think that comes down to looking at the problem holistically and dealing with overall costs of maintaining animal welfare and public health policy.

Still, there needs to be a solution built into the bill. It can't just be a tax break. It's got to have accountability, verification and tracking, and show a measurable reduction in costs in the area of animal care and control.

Two of the main issues surrounding the "House Cat Care Bill" or the lack thereof, are:

With respect to Why cats are ending up in shelters, Kathy covey has an answer. She wrote that CAT (the Cat Adoption Team of Sherwood Oregon) found that "there was a huge spike in relinquishment for financial reasons."

A large increase in cats turned over to shelters prompted the ASPCA and Fresh Step Litter to take action. They teamed up to give away free cat litter and cat assistance kits. In past years, they've also partnered up to promote fee-waived cat adoptions in June.

"As alarming as it sounds, more than three million cats and kittens end up in shelters each year. And now, given the economic downturn, more cats than ever are at risk of losing their homes.

In fact, shelters across the nation have seen a rise in surrendered pets from families who simply can't afford to care for them any longer."

People can't afford to keep their cats. Would a tax deduction reverse this trend?

As for cats not getting the care they need at home, this is an ongoing issue that I suspect is much worse than it was in 2006. In 2006, 36 percent of pet cats did not see a veterinarian that year (according to AVMA).

That led me to thinking that perhaps if more cat owners carried cat health insurance, that cats would get better care. So, that leads me back to my original question, if a tax deduction were given to allay the cost of house cat care, would that lead to better medical care (and overall care) for pet cats?

Let us know what you think and add your comments to the page on the pet tax deduction.

More ways to pay for the cost of veterinary services