Batman and Captain America Save Cat from House Fire 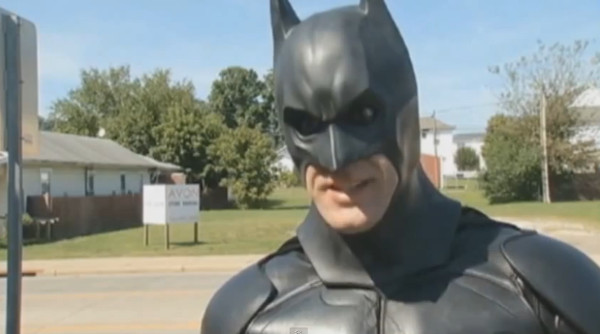 Batman and Captain America saved a cat from a house fire in Milton, West Virginia. OK, so it's not the real Batman, but he's a hero to us cat lovers nevertheless.

"Two men dressed as Batman and Captain America rushed into a burning building to save a cat in Milton, W. Va., Saturday, WSAZ reported.

John Buckland and Troy Marcum were in costume for an event for children and veteran's at an American Legion Post. The event took a dramatic turn when 'the vets came over, said they saw some smoke,' Buckland, who was dressed as The Dark Knight, told WSAZ.

The former firefighter realized by the color of the smoke that the blaze wasn't just burning trash, as the vets initially suspected, but a house on fire."

Buckland had to give the kitty mouth-to-mouth because the cat was passed out due to smoke inhalation. The irony concerning the Catwoman - Batman connection was not lost on the Batman and he joked about it afterwards.