One of our readers, Lori Meinzer, has taken on a challenge: helping feral and homeless cats in Sandusky, a town in Erie County, Ohio. Lori has had a hard time finding any local organizations that can help her in her quest to help these cats.

Lori has contacted a number of organizations but not getting any concrete help. To make matters worse, she says the new director of the local humane society has shut down the feral trap-neuter-return (TNR) program.

She then reached out to me for suggestions, which were few, and none of which have panned out.

I've heard a similar type of story from other frustrated cat rescuers, so I thought it might be helpful to raise awareness and have Lori tell her story, which is below.

If you have any suggestions for her, or how we can help more cats and rescuers in situations like these, please leave us a comment below. Thank you for caring! 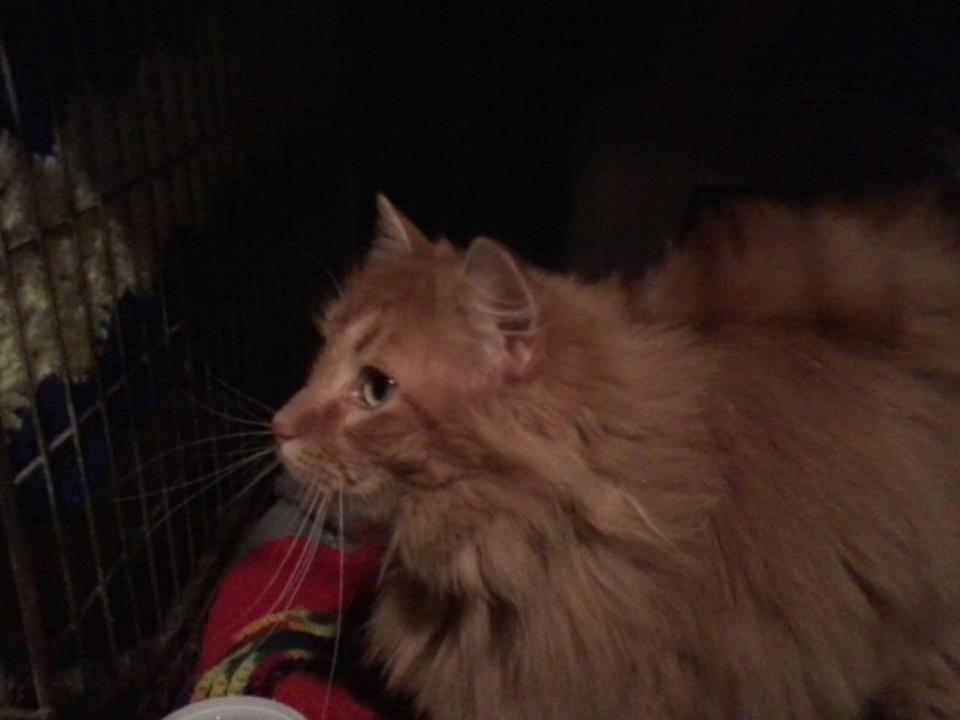 It all started when I bought my house. There were homeless cats that no one cared about, and I decided I had to do whatever I could to help them. I have a very limited income so it was difficult at times but we struggled through it day to day.

There was a mother cat, Mommy, a tortie who had 3 separate litters, poor baby. An older (I think) orange long haired male who sadly got hit by a car. A little orange and white tabby who was just a cutie. I have to smile when I think of him.

He didn't really want me to touch him but he would sit near me every single time I sat on the steps, and as soon as I went in he went on his way -- made me never want to go inside, LOL.

I worried terribly about him because I saw him a block behind me a couple of times, near where I know they drown cats. I tried to let them know that I cared for him but he disappeared one day and I can only pray that is not what happened to him (tears).

There were a couple of gray ones that showed up and I made sure they ate. One day the little girl came to eat and someone had shot her. There was a lady that took her in and cared for her with donations but she continued to have problems and in the end had to be put down (more tears).

Some came and went, and I worried of course. Red-Red showed up out of nowhere. I believe someone threw him out because he was very friendly so he stayed pretty close. 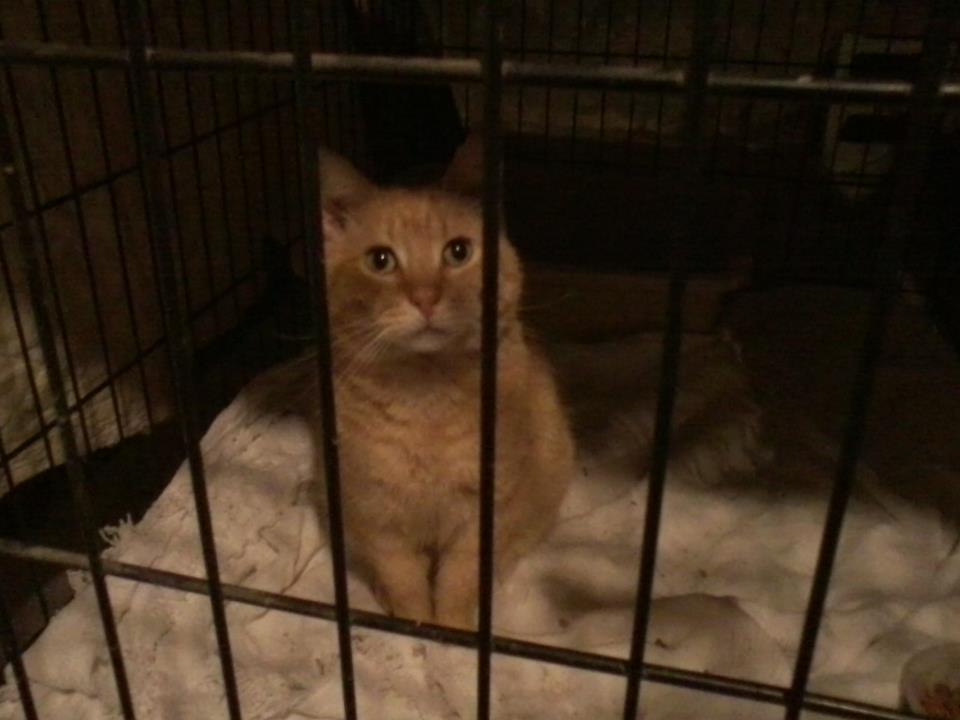 Mommy had her first litter dead of winter, and they stayed in an abandon garage 4 doors down. I went there a couple times a day to feed and water them and had put boxes in there for them. I found them all homes.

The second litter was 3 kittens -- did the same -- in the garage, dead of winter everyday. One day I found one kitten dead. The other two, the same lady that took the one that was shot took the remaining two.

She put them down because she said they were too feral... I didn't like that idea but it was too late. I believe they could have been worked with (more tears).

I forgot to mention "Bully." I believe he was the daddy of all litters because when Mommy was done with them, she was DONE and he would sit and watch them as they played.

Bully was around for quite some time. He never did let me touch him but he was getting there. Sadly, I found him dead in some bushes that neighbors had cut down around him and left him lay.

I have no idea what happened to him. Thank GOD I was looking for him all along and was able to find him to bury him (Even more tears). 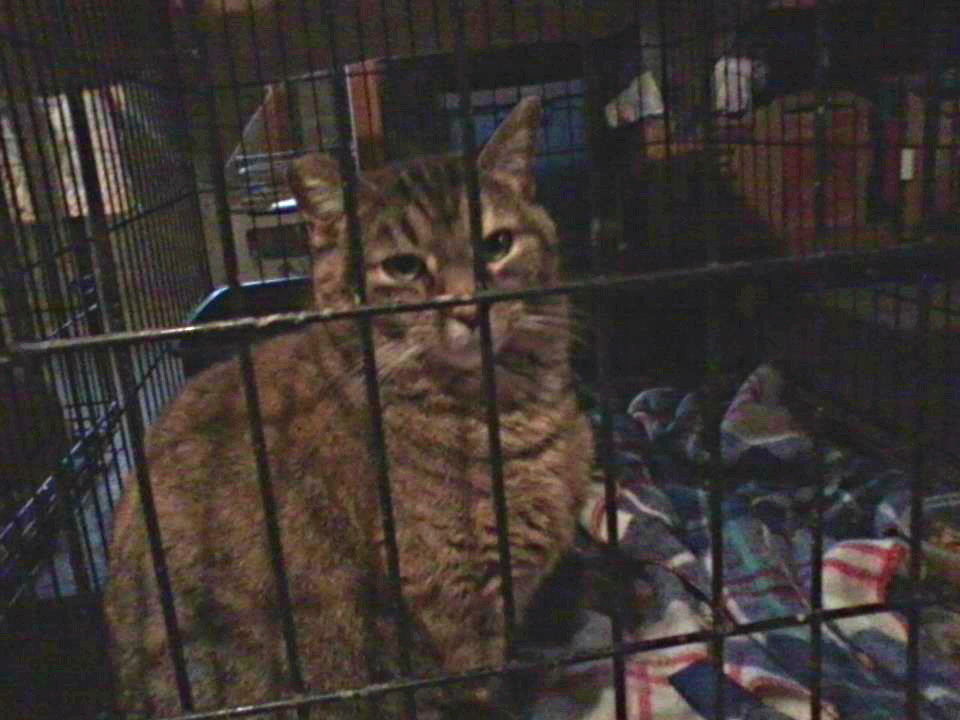 Now I have Mommy, two of her siblings, Boo-Boo, Sissy and Red-Red. Red-Red is FIV positive and I have no idea what I'm going to do with him.

The vet would not put him down because he is too healthy and he said he could live a long life with this, and I cannot keep him as I have cats of my own. The other 3 I intend to keep if possible.

I made houses for them all on my front porch for the winter but this was such a cold winter I could not bear to see them out there any longer. There are too many bad things happening and I worry so about them.

But, I'm in need of some type of help to get them vet checked to make sure they are OK to be around my cats.

That about covers the journey the furbabies and I have been through. There's a lot more I could tell and a lot more sadness but that could take forever. : )

The sad thing out of all of this -- it has made me not want to help anymore... no more putting food out or anything anymore. It's sad but it has taken a toll on me like no one could believe. There are too many people doing bad things and it has shattered my heart to pieces!

I noticed a couple more out there since I have trapped the last, and I do not want to put food out but it is difficult when they are looking for it.

Lastly, I want you to know that I was lucky enough to have TNR have Red-Red, Bully, Mommy and her 2 siblings altered. Sadly, this new director of the HS did away with that program. Please pray for us. : )

Do you have any suggestions for Lori (or anyone else who is trying to help cats in their area)?

Are you working to rescue cats, feed them , or help cats get adopted in your area? What's working for you?

One of the problems, as I see it, is that most efforts are either done by individuals, like Lori, or they're done by local groups. There's no standardization, no pooling of resources, and no network to tie things together.

I also see a huge problem with individual fund raising. It can't be an efficient method of charitable giving, and it's certainly not easily tracked or verified.

I had initially forgotten to mention Alley Cat Allies to her, as I just assume that everyone knows about them. That is one of the few (only?) organizations that can act as a network and potentially get rescuers in touch with each other.

If you have any thoughts to add to this discussion, please let us know about them in the comments!